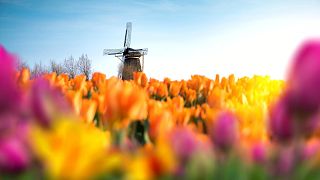 After months of uncertainty, the Dutch government has finally clarified the new entry requirements for non-EU citizens travelling to the Netherlands.

From 23 March, all travellers to the nation will be permitted entry - without presenting evidence of coronavirus vaccination, recovery or a negative test result.

The news comes as a relief to the country’s beleaguered tourism sector, which saw a 45 per cent decline in travellers entering the nation throughout the summer of 2020.

So with entry to the Lowlands back on track, we took a look at the top seven destinations for tourists looking to rediscover the land of windmills.

Once a mere fishing village, Rotterdam is now the Netherlands' most modern city. Both bike friendly and largely pedestrianised, the port city boasts an impressive array of culturally-diverse neighbourhoods for visitors to explore under their own steam.

The popular Delfshaven district is where pilgrims set sail from in 1620, and its summertime festival attracts thousands of visitors every year.

Nearby, Europe’s largest harbour is home to the Erasmus Bridge, the city’s most recognisable landmark and a symbol of the nation's seafaring past.

But if culture is more your thing, don’t forget to spend some time at Museum Boijmans Van Beuningen - a world-renowned art gallery boasting masterpieces by the likes of Dali, Van Gogh and Rembrandt.

Known for its university culture, this small yet bustling city is the most popular destination for travellers exploring the northern Netherlands.

Museum lovers will be in their element as they stroll around Groninger Museum - one of the most modern galleries in the whole of Holland, while nightlife hotspots such as The Grote Markt offer partygoers a chance to let their hair down.

And while it's the student life that brings people to the city, it's Groningen’s cafe culture that makes them stay. Hidden among the city’s cosy side streets lie innumerable coffee shops, complete with an eclectic array of live music, local delicacies and just about everything in between.

The centre of the tulip bulb-growing district, Haarlem is unofficially dubbed Bloemenstad, or ‘flower city’.

It is home to the annual Bloemencorso Parade, a colourful flower festival heralding the start of spring in the medieval town.

Lying on the shoreline of the Spaarne River, visitors can hop on a bike and cycle to the beach in under half an hour - offering fantastic views across the Kennemerduinen sand dunes.

But if a laid-back city break is what you’re looking for, fear not. Haarlem boasts a wonderful selection of shops, stunning architecture and museums in the town’s famous Grote Markt square - a largely pedestrianised area complete with cobbled streets and a glorious Gothic church.

Utrecht’s claim to fame may be that it boasts the largest university in the Netherlands, but that’s not why we think you should visit this middle-aged city.

Regarded as the fourth happiest place in the world, this beautiful town might be the perfect place to visit if you’re looking to clear away the winter blues.

A short walk along the Oudegracht - the city’s stunning network of tree-lined canals - should be enough to put a smile on your face. But if you still need a pick-me-up, be sure to stop at a waterside terrace enroute, where locally-brewed beer and Dutch waffles are on hand to cheer even the most sullen of travellers.

The Hague is arguably one of the most famous places in the Netherlands, and for good reason.

Known for being the home of the Dutch parliament and the United Nations' International Court of Justice, it is a place more commonly associated with news reports than travel wish lists.

But look a little closer, and The Hague has a lot more to offer than its political connotations imply.

Visitors to the region can enjoy spending time along the North Sea coastline, where impressive beaches stretch for miles on end. Or if you’re an adrenaline junky, take a trip to Scheveningen’s pier, where the only bungee jumping centre in the Netherlands allows travellers to plunge 60 metres towards the ocean at spine-tingling speeds.

You might need to get high after all that excitement - so be sure to ascend the 132-metre Hague Tower at the end of your day, where drinks and dinner can be enjoyed on the building’s 42nd floor.

Who said a trip to The Hague had to be boring?

No trip to the Netherlands would be complete without seeing some tulips, and where better to see them than at the most beautiful spring garden in the world.

Located less than an hour from Amsterdam, ‘the Garden of Europe’ is one of the world's largest flower gardens, covering 32 hectares and boasting over seven million stunning blooms every year.

While you’re there, be sure to visit the selection of historic windmills lining the banks of the nearby Zaan River. These iconic structures were once used to drain water from flooded fields, allowing the growth of the Netherlands’ infamous tulip economy. Now they are free to enter, offering a unique insight into the history of this colourful region.

Last but not least, we have Amsterdam, one of Europe’s most popular tourist destinations.

The city is well-known for its party atmosphere, cannabis practice and red light district. Look deeper, however, and the Dutch capital has a lot more to offer than its reputation for nightlife lets on.

Alongside its beautiful canal rings, lazy parks and fragrant flower markets, attractions like the Huis Marseille photography museum provide the perfect escape for culture vultures looking to swat up - not light up - this summer holiday.

Much like everywhere else in the Netherlands, bikes are king in the Dutch capital, so be sure to pedal your way around the city’s elaborate network of tree-lined canals as you explore Amerstadam’s Old Town.

Featuring dozens of islands and hundreds of bridges, the historic centre is where many tourists spend their time - whether enjoying a canal cruise, taking in the waterside architecture or visiting the city’s impressive array of art galleries.

Watch the video above to see these Dutch tourist hotspots for yourself.