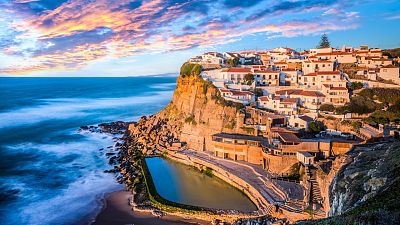 The pandemic has seen many of us making major life changes. Whether that’s quitting jobs, leaving long-term relationships or simply taking up a new hobby, COVID has impacted the way we live our lives.

Plenty of people have moved home too, with thousands relocating to the countryside in a quest for more space. But what if you want to take it a step further and relocate to another country?

If your job is flexible and you’re happy to embrace the digital nomad lifestyle, then you might be able to work from anywhere.

So if you’re planning a move in 2022, there are some important things to consider before you pick a destination.

Knowing what the quality of life is like, whether it’ll be easy to make friends, or if a country is affordable are all key factors to contemplate before making the leap.

InterNations have created the Expat Insider 2021 guide. They’ve talked to expats all over the world to find out what life is like in their new, adopted homes. Featuring 59 countries, the report reveals the most (and least) friendly places to live, as well as the best countries for quality of life.

Ukraine made it into tenth place, while Greece was in twelfth, Spain in nineteenth and Portugal just made it in at number 20.

You can view the full Expat Insider 2021 report here.

Formentera: Why you should visit the lesser-known Balearic island

Long-haul bookings are bouncing back, but why not look closer to home?

Madrid: Why the Spanish capital is a foodie's paradise