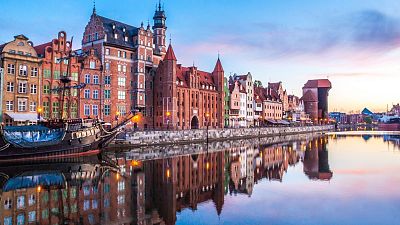 After a long period of travel uncertainty, many people are dusting off their plans to relocate abroad.

While countries like Spain, France and Portugal have long been popular with overseas workers, other European countries are starting to spike global interest.

A list by overseas property buying specialist Property Guides explores some of the most up-and-coming destinations for expats in 2021.

Volcanoes, glaciers and geysers – not only is Iceland a fascinating place to live geographically, but it also ranks highly for overall quality of life.

The capital Reykjavik is vibrant and bursting with culture. There are plenty of bars and restaurants as well as more than 60 museums, exhibition spaces and galleries. The city’s cultural calendar is very full too, with numerous festivals throughout the year.

It’s no secret that Iceland can be expensive, and the average cost of living for a single person is definitely higher than some other European cities. But the salaries are also more generous, with workers in Reykjavik earning an average of over €1,000 more each month than those in Madrid or Rome.

Basic utilities are also some of the cheapest in Europe, which is largely down to almost all electricity being hydropower or geothermal.

Who wouldn’t want to live in the happiest country in the world?

The country also boasts brilliant schools, universal healthcare and was named the safest country in the world in the 2017 World Economic Forum Report.

The capital Helsinki is a fantastic place to experience the wonders of Finland. It is a modern city with great transport links to the rest of the country as well as the rest of Europe and beyond.

A real-life fairy-tale, Tallinn is the magical capital city of Estonia. Its medieval Old Town proudly boasts UNESCO World Heritage Status and is one of Europe’s best-preserved walled cities.

Tallinn is the definition of ‘up and coming’. Although at face-value it looks frozen in the past, it is actually a thriving tech-hub and extremely digitally advanced, coming in third for the title of most start-ups per person in Europe. The city also has seven ‘unicorns’ which are start-ups with a value over $1 billion (€850 million).

What’s more, the cost of living is really affordable. According to Expatistan, Tallinn is cheaper to live in than 63 per cent of cities in the world.

It’s easy to see why when the average monthly cost to rent a one-bedroom flat is just €470 and public transport is free.

If the €2 pints don’t convince you to move to Gdansk, then maybe the rich history, stunning architecture and fast-growing economy will.

The beautiful port city of Gdansk is becoming an increasingly popular destination for expats. Grand buildings, museums and amber shops line the streets which open out onto thriving waterways. Here you’ll find a plethora of seafood restaurants as well as quaint dockside bars and cafes.

Similarly to Tallinn, Gdansk’s job market is at an exciting point with numerous start-ups cropping up over the city, however salaries are not as high as in other European cities.

But the overall cost of living is very cheap – expats working remotely for companies elsewhere will find they can afford much more in Gdansk than in many other Western European cities.

‘Head slamming’ turbulence: How will the climate crisis change travel?