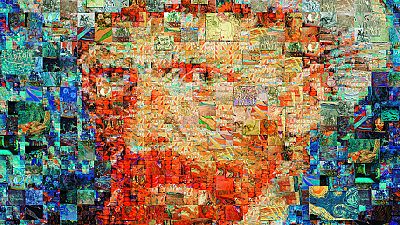 Imagine Van Gogh
Grande Halle de la Villette, Paris
Until the 10th of September
It is this summer’s event in Paris. A unique exhibition in the vast Grande Halle de la Villette, featuring the Dutch artist’s most famous paintings, reproduced on huge panels measuring more than 11 meters high. In total, more than 200 scanned works allow visitors to see the most minute details of the master’s paintings. To a soundtrack by Mozart, Bach or Eric Satie… an unforgettable journey into the world of Vincent van Gogh.

Soul of a Nation: Art in the Age of Black Power
Tate Modern, London
Until the 22nd of October
Don’t miss Soul of a Nation if you are passing through London. With this year’s Best Picture Oscar awarded to Moonlight, black art is finally in the spotlight, and rightly so. The exhibition examines two decades of black art and activism in America, from the 1960’s and the birth of Black Power until the 80’s. Essential to understanding America today.

Biennale Arte 2017
57ème biennale de Venise – Viva Arte Viva, Venise
Until the 26th of November
Every two years since 1895, Venice has been hosted the most important contemporary art exhibition in the world. It will take you several days if you really want see everything at the Venice Biennale, the place to be for contemporary art lovers. The place is perfect for discovering the most unusual creations from around the world in a city brimming with history and heritage. The Gardens and the site of the Arsenale, just outside the city, host the pavilions of more than 50 countries.

Bill Viola, Rétrospective
Guggenheim, Bilbao
Until the 9th of November
You will make the trip to Bilbao not only for the exhibition but also for Franck Gehry’s world-famous museum, an extraordinary ship stranded in the heart of the Basque city of Bilbao. The Guggenheim is devoting a retrospective to Bill Viola, one of the pioneers of video art, from his early experimental work in the 1970’s to his latest art using the most modern technologies. A must-see in Bilbao until this autumn.

Yo Brussels Hip-Hop Générations !
Bozar, Bruxelles
Until the 17th of September
35 years after the birth of hip-hop on the streets of New York, the Palais des Beaux-Arts in Brussels takes us on a trip down memory lane. From the very beginnings of the urban movement to the present day, the exhibition tells the story of Belgian hip-hop in its four forms: dance, graffiti, DJing and rap. For a Yo! Summer!

Antonio Gaudi. Barcelona
Moscow Museum of Modern Art, Moscow
Until the 10th September
Moscow’s Museum of Modern Art is hosting an exhibition of works by Catalonian architect Antonio Gaudi, the father of Barcelona’s extravagant Sagrada Familia. With a total of some 150 works by the Catalonian genius, including models of buildings as well as drawings and furniture, it tells the story of one of the most influential artists of the 20th century.

1917. 1917. Romanovs & Revolution
Hermitage, Amsterdam
Until the 17th of September
100 years after the Bolshevik Revolution, the Hermitage of Amsterdam revisits this key moment of Russian history with the help of exceptional documents, movies and artefacts – a delight for those who love stories that end badly.

Emotions
Acropolis Museum, Athens
Until the 19th of November
“Emotions” narrates and illuminates the unseen universe of emotions in the personal, social and political life of the ancient world. Bringing together 129 masterpieces from the world’s most important museums to tell 129 stories about emotions and life dating back to antiquity… Many of the exhibits are unique works of art on display in Greece for the first time.

Artists in their time
Istanbul Modern, Istanbul
Until the 31st of December
On the shores of the Bosphorus, Istanbul Modern is Istanbul’s must-see museum. For this collective exhibition, 193 works by 109 artists from different periods offer a conceptual field relating to the notion of time. Crucial to see the other side of Turkey through its artists and their creations.