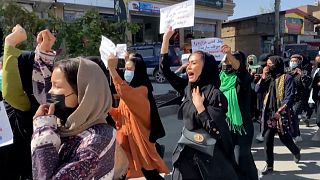 Women and girls from the Hazara community protest in Kabul's western district of Dasht-e-Barchi after a suicide bombing in a study hall that killed 35 women according to a UN death toll, most of them women. The historically marginalised Hazaras comprise between 10 to 20 percent of Afghanistan's 38 million citizens.

Is this the football tournament with the dirtiest challenges?

Beats on the beach in Portugal

Muslims around the world prepare to celebrate Eid al-Fitr

Eiffel Tower lit up by fireworks for Bastille Day

Croatia: the Museum of Illusion has opened its doors in Zagreb