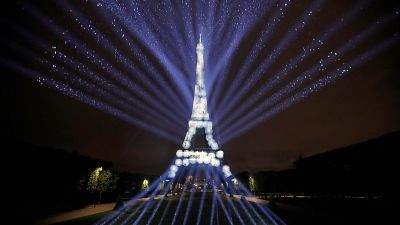 French startups are calling on candidates in the upcoming presidential election to support and accelerate the country’s tech scene, which they warn is lagging behind European neighbours such as the UK and Germany.

France Digitale - an association of startups - is pushing for politicians to build a competitive space for technological innovation in France, publishing a ‘Manifesto of French Startups’ that it says contains the industry's demands.

Among the ideas in what the group calls a tech "Swiss Army knife" for each candidate, is the request for a "full-fledged Minister of Digital Affairs" to be appointed by the next head of state.

In order to catch up with the tech giants of the US and China, a "true technological Europe" needs to be created, the group argues.

"To defend our fast-growing and job-creating innovation ecosystem, there is an imperative for 2022: a full-fledged Minister of Digital Affairs must be appointed to the government, to steer the digital transformation of our entire society,” said Maya Noël, managing director of France Digitale.

"The objective for the next five years must be clear: to consolidate France's technological power and create European digital champions".

The idea of the manifesto is to give presidential candidates a toolkit for improving their understanding of the French and European digital space, with proposals of how to boost the industry.

These proposals include improving access to big contracts for European tech companies, improving regulation of tech giants to create a more competitive and fairer environment for startups, and by “committing to the construction of a genuine European cloud” to boost the cloud and artificial intelligence industries in France and Europe.

"Eighty percent of our French startups complain that access to public contracts is too restricted,” said Benoist Grossmann, co-president of France Digitale and CEO of Eurazeo Investment Manager.

"Today, public buyers sign contracts worth several million euros with foreign giants, when they could be betting on a local French tech hub. To enable our companies to scale up, promoting their access to public contracts must finally become a priority".

The group also wants politicians to address the issue of recruitment in the tech space.

They claim that companies are struggling to find the talent they need as the tech industry continues to grow, and suggest training from primary school, to creating better vocational training opportunities, would improve the situation.

France’s presidential election will be held on April 10 next year, with incumbent Emmanuel Macron still yet to declare he is standing.

How to fund a startup and stay afloat

How Dubai Internet City is becoming a hub for tech companies