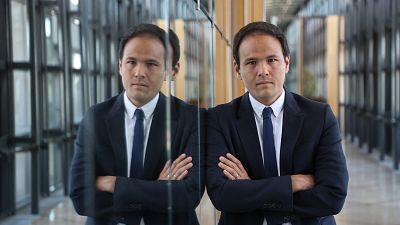 France's Secretary of State for the Digital Economy Cédric O has told Euronews Next that more regulation is needed to control a tech industry that is "evolving as an oligopoly".

Speaking at the VivaTech 2021 conference in Paris on Friday, O said national governments were beginning to realise that big tech companies were not putting the public interest first.

"As innovative as the private sector is, it is not from the start embedding all the public good notion, the general interest," he told Euronews Next.

"I do believe that from a regulatory point of view, from the public power point of view, regulation of the tech market is heavily needed both from an economic but also from a democratic point of view".

"This is also a question in the US and I would be quite interested in having Ms. Khan's point of view, the new head of the FTC, on the Digital Market Act. I don't think she's completely aligned with the approach of Tim Cook," he said.

"We see that there are really parallel discussions in the US and in Europe, especially with the new American administration".

"As we look at that, that would destroy the security of the ‌iPhone‌," Cook told the VivaTech 2021 conference on Wednesday.

"There are good parts of the regulation...there are parts of the DSA that are right on. I think it's just one of those areas where we have the responsibility to say when it's not in the best interest of our user," he said.

Last week, O was one of a group of European ministers from France, Germany and the Netherlands to call for tech industry buyouts to face tougher scrutiny from regulators.

In a statement, O, along with German Economy Minister Peter Altmaier, his French counterpart Bruno Le Maire and Dutch Economic Affairs Minister Mona Keijzer, levelled criticism at so-called "killer acquisitions," where tech companies buy nascent rivals with the goal of shutting them down.

O also told Euronews Next that the French government was working to help Europe's tech sector catch up to global leaders in the USA and China.

"There is a huge acceleration in the European tech ecosystem, especially in France, but in Europe as a whole, and we will continue as a decision-maker, as public decision-maker, to try to shape the best environment here, because we think that this is vital for our economy, but also for our democracy," he said.

"Europe can carve its own way between China and the US".