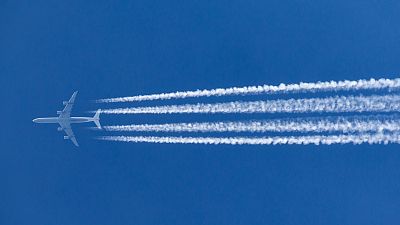 The European Union should set binding targets for airlines to use a share of green "e-kerosene" to reduce carbon emissions, Lufthansa and a group of environmental campaigners, fuel producers and airports said in a letter on Thursday.

The European Commission will propose targets for airlines to use a minimum share of sustainable fuels on July 14.

The Commission dropped earlier draft plans for airlines to reach a 5 per cent share of low-carbon fuels in 2030, increasing to above 60 per cent in 2050, as the targets were deemed too low.

In the letter addressed to the bloc's climate and transport chiefs, Lufthansa, campaign group Transport and Environment and others call on Brussels to set an additional target for airlines to use 0.5 per cent to 1 per cent for e-kerosene produced from green hydrogen in 2027 and 2.5 per cent in 2030.

"The introduction of sustainable fuels and in particular e-kerosene will require careful consideration of measures to avoid competitive distortion to the disadvantage of European airlines," the letter said.

If airlines fail to comply, the letter said the penalty should be a fee equivalent to at least the difference in price between green fuels and cheaper fossil fuel alternatives.

That could help give investors certainty that there will be demand for such fuels, and encourage them to push money into scaling up e-kerosene production, it added.

Sustainable aviation fuels (SAF), which can be produced from biomass or renewable energy, currently account for less than 1 per cent of Europe's jet fuel consumption.

"The EU should go big and provide investors with an unambiguous signal that there will be a growing market for e-kerosene in Europe".

Aviation accounted for 3.7 per cent of EU emissions before the COVID-19 crisis.

MWC 2021: Why LiFi will make internet use safer for our health