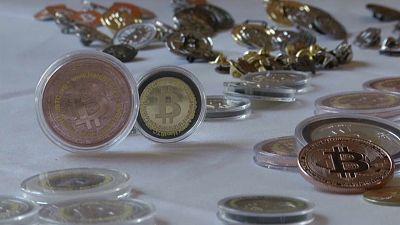 Turkish authorities arrested four people Monday on fraud charges in connection with an investigation into a local cryptocurrency trading platform — the second to be probed in recent days.

Vebitcoin CEO Ilker Bas, his business partner — who is also his wife — and two other employees were detained in western Mugla province.

The digital currency platform said it had shut down operations this week due to financial difficulties. Turkish authorities blocked the company’s bank accounts.

Vebitcoin is the second cryptocurrency platform in Turkey to come under investigation over the past week.

Authorities believe another named Thodex defrauded some 391,000 people out of an estimated $2 billion in investments. An international arrest warrant has been issued for its owner, Faruk Fatih Ozer, and 62 others were detained.

Earlier this month, Turkey’s central bank announced that it was banning the use of cryptocurrencies to pay for goods, arguing that they presented “irrevocable” risks.

The decision came as many in Turkey have turned to cryptocurrencies to shield their savings from rising inflation and the Turkish currency’s slump.

"I think they (Turkish investors) paid a very expensive lesson, which is Bitcoin 101. If you leave your private keys in the custody of somebody else, that somebody else can do whatever they do, whatever they want with it," Yves Bennaïm, Chairman of 2B4CH, a non-profit think tank focusing on the social and financial transformations, told Euronews.

Watch the full interview with Bennaïm in the video player, above.

Mastercard and Gemini are launching a crypto rewards credit card