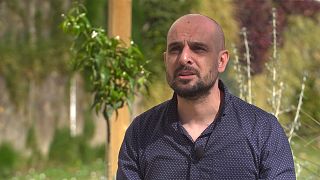 Cities and their surrounding areas are expanding. And this dramatically affects ecosystems.

Urban areas are often perceived to have lower biodiversity than the countryside, but some recent studies suggest that urban land can support pollinator populations.

"We have to consider the cities as ecosystems where the animal population has moved and through a project like URBAN Green-Up we want to join nature and cities in a whole ecosystem."

"The pollinators are as important in a natural environment as in an urban one, because they facilitate living conditions for other pollinator species and generate stability for the urban ecosystem," says Raúl Sánchez Francés.

Green Infrastructure Project Manager at Liverpool City Council, Helen Rawlinson explains that projects like this really provide an opportunity to increase biodiversity across the city.

"It provides an opportunity for more pollinators whether as hoverflies, bees or butterflies to take advantage of the pockets green space across the city."

How can new technology improve animal welfare and farming efficiency?