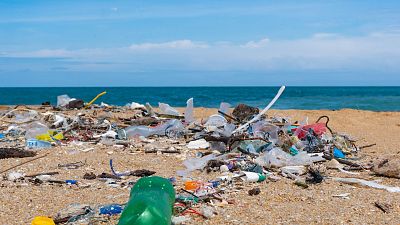 More than seven in ten Brits have experienced the impact of climate change while travelling, a new survey reveals.

From new cultures to new friends, travelling abroad can be an eye-opening experience.

But for the 72 per cent of UK tourists who have witnessed the impacts of the climate crisis abroad, it can also be a sobering one.

In a new survey, travel insurance provider InsureandGo asked more than 2,000 people what impacts of climate change they had witnessed while travelling.

Unsurprisingly, most people noted rising temperatures. More than half of overseas travellers (55 per cent) said they have experienced hotter weather, while a third have been exposed to wildfires and forest fires. A quarter (24 per cent) of respondents said they had noticed warmer waters while travelling.

"We have all seen the shocking images of plastic rivers and oceans, melting glaciers and heard reports this summer of wildfires breaking out across Europe - but there is something very powerful about experiencing these things first-hand,” he said.

“It is up to us to work together in protecting and restoring the natural world, so that life and the thrill of adventure can continue to be enjoyed for generations to come.”

What impact does travel have on climate change?

Travel is a big contributor to the warming climate. Aviation currently accounts for about two per cent of the world's global carbon emissions.

An economyclass return flight from London to New York emits around 0.67 tonnes of CO2 per passenger - roughly the same amount the average person in Ghana produces in a year.

If you are going to travel, consider sustainable methods of transport and supporting conscious tourism providers. Train travel is significantly less damaging to the planet than taking a fllight.

Many tourists noticed increased levels of pollution while travelling - so don’t contribute.

40 per cent of InsureandGo survey respondents said they had seen beaches polluted with plastic waste and litter, while 35 per cent of people have experienced poorer air quality overseas.

Which cities in Europe will be hit worst by climate change?

Nowhere is immune from the impact of climate change - but some cities will be particularly hard hit.

The bad news is that a 2018 study, published in Environmental Research Letters, showed that all 571 major European cities are destined for heatwaves in the future.

Athens will be one of the worst-hit cities, with daily temperatures above 45 degrees Celsius becoming increasingly common. In 2021 the city appointed Europe’s first ‘Heat risk officer.’ Eleni Myrivili has been tasked with making the city more resilient to increasing heat.

The same study warns that Dublin - with a city centre built largely on reclaimed land - will experience a dramatic increase in flooding. Dublin Bay sea levels are rising at roughly twice the international average, increasing by 6-7mm annually over the last 20 years.

Places like Venice - built on marshy reclaimed land - are also at severe risk.

The European environment agency ranks European cities based on their air quality - and the Polish capital regularly sits in the bottom five. While the air is fine in the warmer months, a ‘smog’ descends over winter. The city can record particulate pollution levels up to 55.4 µg/m³ - much higher than the World Health Organisation’s ‘healthy’ limit of 10 µg/m3.

A 2019 World Wide Fund for Nature report singled out tourist spots such as Barcelona and Marseilles for the scale of pollution. In Barcelona, there are 26.1 kg of plastic debris per kilometre of coastline.

Report: Europe hit with the largest rises in temperatures