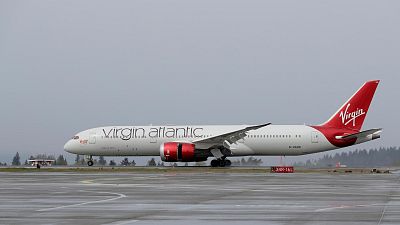 UK airlines have met just one of the 50 climate targets they set themselves over the last 20 years, a new report claims.

Climate charity Possible looked at every environmental goal the industry had set since 2000 and discovered that most had been either missed, revised or quietly ignored.

Unclear definitions, minimal monitoring and inconsistent reporting made progress towards targets difficult to track. Many were also either revised or dropped altogether during the time period the study looked at from 2000 to 2021.

The one target that was met was a “relatively unambitious” goal set by easyJet. The company managed to reduce fuel burn per passenger by 3 per cent per kilometre by 2015.

Possible says that these findings show aviation’s inability to self regulate, undermining government climate strategies which rely on it to do just that.

“It’s hardly a surprise that the aviation industry is failing to regulate itself and manage the harm it causes our climate,” says Alethea Warrington, campaigner at climate charity Possible.

“What is a surprise is both the scale of its failure to achieve even the small improvements it has set itself.”

She adds that it highlights the “ludicrousness” of the government’s insistence that the industry can cut its emissions to net-zero while passenger numbers continue to grow for the next three decades.

Aviation’s climate targets have changed over the last 20 years

He raises the example of those from the International Air Transport Association (IATA), the global trade body for the air travel sector. In 2008, Murray claims, they set a target to have 10 per cent of jet fuel coming from non-fossil fuel sources.

“We never had a formal IATA target for the use of Sustainable Aviation Fuel (SAF),” says a spokesperson for IATA. “But we make no apology for setting out some ambitious goals for its use in the earliest days of its development.”

“Of course, we would have liked to see higher production rates of SAF but airlines are using every drop that is currently produced. We need fuel producers and governments to step up and ensure a far greater supply of SAF.”

The unicorns which we've been promised by the aviation industry time and again, they've never shown up.

Murray believes they had no real intention of meeting the goals in the first place.

“The unicorns which we've been promised by the aviation industry time and again, they've never shown up, [but] we've got governments choosing to carry on believing in unicorns,” Murray says.

“We need to have a plan B here because the most likely outcome is that emissions diverge very quickly from the very ambitious and optimistic pathways which the industry is describing. And we need to have some accountability for that.”

Why offsetting isn’t the solution

Despite the industry previously acknowledging that offsetting isn’t a substitute for international action to reduce emissions, it is now almost the only action being taken, according to the report.

“Offset doesn't work and it's snake oil,” Murray says. “It is actually actively counterproductive because it creates the impression that everything is okay.”

He says there are no examples of offsetting schemes that have actually delivered the emissions savings they promised at the outset. Though small projects may have managed to remove the carbon they set out to remove, wider frameworks set by government bodies or airlines themselves don’t seem to have worked.

A 2017 study from the European Commission looked at projects under the UN’s Clean Development Mechanism. This allows a country with emissions-reduction or limitation commitments to implement emissions reduction projects in developing countries. It found that 85 per cent of the offset projects used by the EU had failed to reduce emissions.

“In a very practical sense, you don't get the emissions reductions you've paid for and this is partly why this stuff is so cheap,” Murray says.

It is one of the many proposed fixes for aviation’s carbon emissions over the last 20 years that either didn’t materialise or were not as effective as expected. Most of the other targets were focused on making fuel more efficient or using greener alternatives.

What is a frequent flyer levy and could it help cut carbon?

If reliable offsetting and fossil-fuel-free flights don’t seem to be on the horizon any time soon, what does Possible think is the solution? Well, it could be as simple as cutting the number of flights we take.

“So in the UK, about 15 per cent of the population takes 70 per cent of all flights. That is a pattern which is repeated in every major aviation market in the world,” Murray explains.

Most of that 15 per cent of people are at the top of the income spectrum and fly for leisure - not business as most people might assume.

“We're talking about a discretionary leisure activity, mainly undertaken by people at the top of the income spectrum, and actually by a very small share of the overall population. This ought to be an easier problem to solve,” he says.

Increasing taxes on or the cost of flights could be one solution but it wouldn’t target those contributing the most to the issue.

According to Possible, a frequent flyer levy “tips the problem on its head,” helping manage demand downwards by making people think twice about taking multiple flights a year. Almost all of the reduction would come from those at the top of the spectrum who currently take almost all of the flights.

“We think this is actually a pragmatic solution as well as being an equitable one,” Murray adds.

Watch the video above to hear more about aviation’s climate targets.