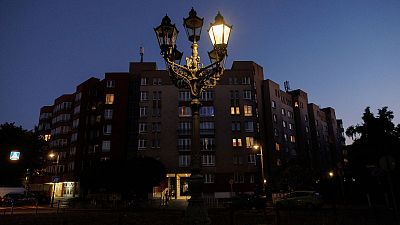 The night has a different colour in parts of Berlin where the streets are lit by gas: the light more ethereal and the shadows deeper. But these areas could be plunged into darkness if Germany declares a heightened gas emergency in the autumn.

Berlin has the world's largest surviving gaslight network, mainly in the western part, where Charlottenburg's stately boulevards are bathed in the ghostly light that lit much of the world in the 19th century.

What was once a quirky curiosity easily afforded by the capital of a wealthy country is now a problem for city authorities as Germany prepares for a future without the Russian gas that has fuelled its industry for decades.

Fears Moscow could further dial back gas deliveries after its invasion of Ukraine have prompted Berlin to accelerate plans to replace its 23,000 remaining gaslights.

What will replace Berlin’s gaslights?

"The most important thing is to speed up their replacement by electric lights," said Benedikt Lux, a Green member of the transport committee in the city parliament.

The federal government could declare a Level Three gas emergency if supplies dwindle further, and Lux fears that could force Berlin to switch those lights off.

Speeding things up involves ugly shortcuts: instead of laboriously wiring up ornate cast-iron masts, the oldest of them from 1906, with modern LEDs at a cost of up to €10,000 each, some will be replaced with aluminium copies.

To save time, cables could be draped between them to avoid digging up roads.

"Berlin is almost the last city in the world where you can take a night stroll and sip a coffee by gaslight," said Bertold Kujath, head of Gaslight Culture, a foundation dedicated to their preservation.

New neighbourhoods should be lit electrically, he says, but the gaslit neighbourhoods' distinctive character should be preserved, with the gas - equivalent to some 4,500 kWh a year per lamp, costing the city €6.5 million - a drop in the ocean compared to the cuts Germany must make.

Berlin is almost the last city in the world where you can take a night stroll and sip a coffee by gaslight.

Even the newest LEDs cannot fully imitate the colour of a tiny flame heating a rare-earth gas mantle causing it to shine brilliantly, he said. And LEDs attract more insects than gas, killing hundreds of them a night, he warns.

But the city will not be deterred. Current plans envisage preserving some 3,000 gas lamps in older, village-like neighbourhoods.

Lux has his doubts, however - even that could be a luxury in an era of climate change.