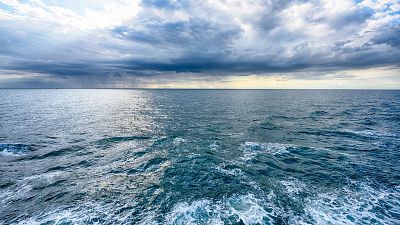 The longest underwater electricity cable in the world has now been completed, allowing the UK and Norway to share renewable energy for the first time.

By enabling two countries to trade in energy, the electricity cable will help reduce the burning of fossil fuels in the UK and avoid 23 million tonnes of carbon emissions by 2030.

In Norway, 98 per cent of electricity production comes from renewable energy sources already, with the majority hailing from hydropower.

“As we prepare to host the UN COP26 summit, this pioneering partnership shows first-hand how crucial international cooperation will be in helping us to deliver on our net zero ambitions and provide clean renewable energy to millions of UK homes,” says UK Energy, Clean Growth and Climate Change Minister Greg Hands.

How much renewable energy will be shared?

The 450-mile cable, which connects Blyth in Northumberland with the Norwegian village of Kvilldal will start with a maximum capacity of 700 megawatts (MW) and gradually increase to its full capacity of 1400MW over a three-month period.

The cable is the fifth interconnector for utility company National Grid, which also has links to Belgium, France and the Netherlands. By 2030, 90 per cent of electricity imported via National Grid will come from zero carbon sources, saving 100 million tonnes of carbon.

That’s equivalent to taking two million cars off the road.

How long did it take to build?

NSL has taken six years to build. Laying of the undersea cables began in 2018 and more than four million working hours have been spent on the project, including 5,880 days working at sea.

When wind generation is high and electricity demand low in Britain, NSL will mean renewable power can be exported from the UK, conserving water in the process.

When demand is high in Britain and there is low wind generation, hydropower can be imported from Norway - so it’s mutually beneficial for both nations.