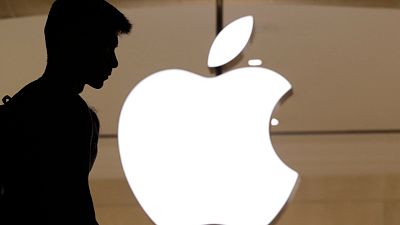 Apple and other major US corporations are allegedly complicit in trying to block important climate change legislation, according to a new report.

The report by watchdog group Accountable.US was released in September and found that Apple, Disney, Walmart, FedEx, and more have all supported lobbying groups that want to stop the creation of climate laws that prioritise renewable energy.

President Biden’s Build Back Better Agenda wants to transform the US’ economy to create investment in sustainability through renewable energy. The plan also intends to improve childcare, education, caregiving, and lower costs for working families.

But big businesses have issues with this, according to the report. Because the way Biden wants to fund the revitalisation of the US economy is through taxing corporations themselves.

Trump gave huge tax cuts to the largest companies and richest individuals in the US with the Tax Cuts and Jobs Act (TCJA) of 2017.

But the €1.3 trillion act slash in corporate tax (40 per cent) didn’t trickle down to the public.

Likely content with keeping these tax breaks, major companies have lobbied to stop Build Back Better making its way through congress.

Companies that have lobbied against Biden’s Build Back Better Agenda have been some of the biggest beneficiaries of the TCJA.

Apple has previously lobbied on tax issues and disclosed that it had a €500 million tax benefit due to the TCJA in 2020. It has been named a ‘world champion at tax avoidance’.

Apple has been named a ‘world champion at tax avoidance’.

Walmart has also lobbied for the TCJA and on tax issues this year. The retail corporation revealed it received a whopping €2.46 billion in benefits from the Trump tax breaks.

Another report found that Arizona Democrat senator Krysten Sinema has taken nearly €800 million from lobbying groups which are against the Build Back Better Agenda.

So could the money have something to do with Sinema’s threats to “derail” the reconciliation bill? Very possibly.

One donation to Sinema came from RATE Coalition, a lobbying group that tries to keep corporate taxes as low as possible.

Other lobby groups opposed to the reconciliation bill include the US Chamber of Commerce, Business Roundtable, and Pharmaceutical Research and Manufacturers of America.

And the list of major companies that support these lobbying groups is getting longer.

“Major corporations love to tell us how committed they are to addressing the climate crisis and building a sustainable future,” Kyle Herrig, president of Accountable.US, told The Guardian.

“But behind closed doors, they are funding the very industry trade groups that are fighting tooth and nail to stop the biggest climate change bill ever.”

Just a couple of months ago, Lisa Jackson VP of Environment, Policy and Social Initiatives at Apple spoke to Euronews Green about the company’s commitment to sustainability.

Apple has plans to become entirely carbon neutral by 2030.

"We lead by example," said Jackson, "we've demonstrated that a company as big and as far-reaching as ours can go carbon neutral."

Yet, Apple is a major donor to the lobbying groups that are stopping the US from bringing in world-changing climate change measures.

So is Apple just another example of a company making sustainable promises publicly, while quietly funding the groups derailing the process of change?

In the choice between sustainability and lower taxes, the climate loses out.

Euronews Green has contacted the companies named for comment.

“Walmart continues to support the Paris Agreement and advocate for strong and cohesive U.S. climate policy, but has not taken a position on any specific bill. We urge our national leaders to find ways to enact much-needed legislation to enable the U.S. to move forward on climate action now to avoid the worst effects of climate change in the future.”