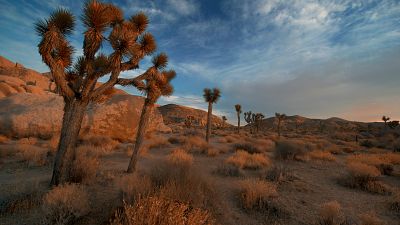 Though humans tend to avoid assholes, they are lifesaving for some desert species.   -   Copyright  Frank McKenna
By Marthe de Ferrer  •  Updated: 03/09/2021

While humans mostly try to avoid assholes, for desert animals it’s another story.

Scientists have found that wells dug by horses and donkeys in arid regions may help provide water to other animals.

Researchers have long been aware that the biggest animals in a region were likely to have dug holes and wells in dryland ecosystems that provided water for other species. Now, this behaviour has been identified in feral equids (a scientific term for donkeys and horses).

In short, asses’ holes are proving to be a big help for other animals in these regions.

A cacophony of organisms

A team of researchers based in Sydney, Australia and Arizona, USA published a paper earlier this year about how equids are capable of engineering the availability of water in desert areas.

Erick Lundgren and his team tested whether feral horses and donkeys that had been reintroduced to desert regions in the US southwest dug wells that were helpful for the rest of the ecosystem.

“It’s a very hot, dry desert and you’ll get these pretty magical spots where suddenly there is surface water,” says Lundgren.

It turns out the holes increased water availability, decreased the distance between water sources, and even led to increased germination in some key types of trees.

“These resources are in fact used by all other animals; there was a cacophony of organisms,” adds Lundgren.

On average, the equid-dug wells reduced the distance between drinking water by 843 metres. This not only lessened the time it took for animals to find water, it also helped to ease the competition and tension often found at more isolated drinking spots.

The villains become the heroes

The megafauna responsible for these desert wells (megafauna means the large/giant animals in an area) are wild donkeys and horses. These species were only introduced to North America in the last four or five centuries, and are not considered favourably by many in the western United States.

Feral equids are sometimes labelled as invasive species, as they compete with native animals for food sources and can destroy local vegetation. However, the holes they dig seem to act as crucial oases in desert regions.

“Because of the way we value horses and donkeys, the orthodoxy tends to focus on how they harm ecosystems,” Lundgren told Science News.

“We wanted to see whether these holes provided a resource when water is scarce.”

In 2014, Lundgren saw asses digging holes to find water for the first time. He drew comparisons with how elephants can create watering holes in the African Savannah that sustain multiple species in an area, and queried whether equids may be capable of doing the same.

The team of researchers looked at five sites in the Mojave and Sonoran deserts in the US between 2015-2018, using cameras to spot whether other species would use the horse-dug wells.

At one of the locations, the equid holes were the only drinking water available as the nearby stream had evaporated in the heat.

The researchers observed 57 different vertebrate species, including mountain lions, black bears and deer. This number is comparable with the range found at other freshwater sites, like streams, and nearly two-thirds higher than in dry locations.

Despite the positive effects these species bring, experts caution that we cannot conclude that feral horses and donkeys are good for the ecosystem in these regions.

“The benefit they may provide by creating new water sources will likely be offset by their high populations and exclusionary effects on other wildlife,” warns Lucas Hall from California State University.