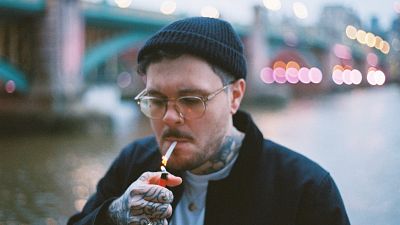 Should European governments ban cigarettes to save the climate?   -   Copyright  Benn mcguinnes
By Tim Gallagher  •  Updated: 30/04/2021

Last week New Zealand unveiled a raft of policies aimed at creating a ‘smoke-free generation’ and phasing tobacco products out of the country.

Among ideas expected to be implemented are an increase in the legal smoking age, a potential ban on sale of tobacco products to anyone born after 2004, minimum pricing and vendor restrictions.

The announcement was welcomed by campaigners and civil groups for its contribution to reaching New Zealand’s ambition to be smoke free by 2025.

But as well as being extremely bad for personal health, cigarettes also impact the health of the planet.

The environmental impact of smoking

The impact of smoking on the environment was made clear in a report from Imperial College London in 2014.

In 2015 over 450,00 kilograms of toxic waste was released into US waterways as a result of cigarette manufacture and it has been well documented in recent years that tobacco growth drives deforestation.

It has been well documented in recent years that tobacco growth drives deforestation.

“The environmental impacts of cigarette smoking, from cradle to grave, add significant pressures to the planet’s increasingly scarce resources and fragile ecosystems,” says Professor Nick Voulvoulis, from the Centre for Environmental Policy at Imperial on publication of the report.

“Tobacco reduces our quality of life as it competes for resources with commodities valuable to livelihoods and development across the world,” he adds.

It takes five times the amount of green tobacco to make one gram of dried tobacco, and 22 billion tonnes of water is used in the process over a year.

The report also found that if the amount of land it takes to grow 1 - 1.2 tonnes of tobacco in Zimbabwe was used to grow potatoes there would be 19x the yield. 5.3 million hectares are used to grow tobacco at the time of the report.

How many cigarette butts are littered in Europe each year?

The impact of the manufacturing process does not even consider the most littered item in the world, cigarette butts.

Only an estimated third of the cigarette butts from the 18 billion cigarettes smoked worldwide every day end up in a trash can. Cigarette butts are made of plastic and contain nicotine, heavy metals and other chemicals that can be toxic to plants and animals.

Cigarette butts are made of plastic and contain nicotine, heavy metals and other chemicals that can be toxic to plants and animals.

In the same year as the imperial college research the EU commission found that 18.4 per cent of people in the EU were smokers with Greece (27 per cent) and Bulgaria (27.3 per cent) the highest on average.

At the time of the research the EU population was 442.88 million meaning that there were roughly 79.7 million smokers.

Based on an average of 20 a day that means roughly 150 million cigarettes were littered each day.

With so many raw ingredients used and waste produced in cigarette manufacture, not to mention litter, does it make sense to ban them all together? And would Europeans accept a ban, or would there be marches in the street to defend our right to smoke?

What are the most eco-friendly chocolate eggs to buy this Easter?

Wildfire risk increases in the UK due to climate change, says study