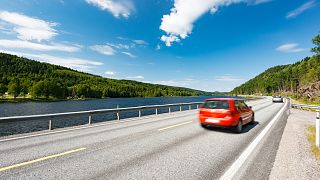 Google will soon use its popular Maps app to direct drivers along more eco-friendly routes to reduce the carbon footprint of car journeys.

The Alphabet Inc. owned tech giant announced this week that it would be implementing AI-powered improvements to Google Maps in order to help combat climate change.

Transport accounts for around one-fifth of global carbon dioxide (CO2) emissions worldwide, with road travel accounting for three-quarters of this.

The improvements include live information about air quality for drivers, as well as greener routes based on traffic. The new model is built to optimise lower fuel consumption, using insights from the U.S. Department of Energy’s National Renewable Energy Lab.

With a new weather layer function, you can see current and forecasted temperature conditions in your area and an air quality layer shows you how healthy (or unhealthy) the air is. This information would be especially helpful if you were in a smoggy or fire-prone area, for example. The weather layer will be available globally and the air quality layer will launch in Australia, India, and the U.S., with more countries to come.

Maps app users will also be able to compare car, bike, public transport and other travel options in one place without having to toggle between tabs.

It’s all part of the commitment Google made in September 2020 to help one billion of its users take action to reduce their environmental footprint.

Will the eco-friendly routes be the fastest too?

With speed as a top priority for most Maps users, Google has stated that the new eco-friendly routes will only be used as a default when they have approximately the same ETA as the fastest routes.

“In cases where the eco-friendly route could significantly increase your ETA, we’ll let you compare the relative CO2 impact between routes so you can choose,” says Dane Glasgow, VP of Product, Google Maps, in a statement.

Users can choose to opt out, but Google plans to make eco-friendly routes match those which take the least amount of time, to encourage us to stick with the greener options.

What about avoiding pollution?

Another function aims to help drivers better understand the pollution levels surrounding them. Alerts will be sent out when you are in low emission zones, which exist in cities all over the world from Amsterdam to Jakarta. They restrict polluting vehicles such as certain diesel cars to help keep the air clean.

You can see if your vehicle is allowed in the area, choose an alternative mode of transportation, or take another route.

Low emission zone alerts launch this June in Germany, the Netherlands, France, Spain, and the UK on Android and iOS.

What are the best cities for eco-friendly transport in Europe?

Most European cities are starting to make headway in green technological initiatives and are transforming urban spaces to reduce carbon emissions.

But which cities are making a difference and what are they doing to make mobility greener?

As of 2021, solar-panelled bus stops are transforming the city of Rzeszów, Poland, while the first hydrogen powered buses were launched in London, UK, and a switch from diesel to electric buses is taking place in Copenhagen, Denmark.