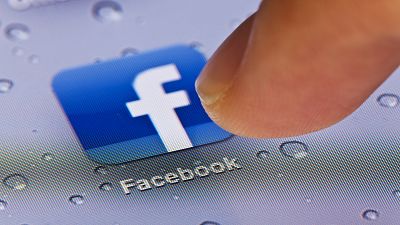 Facebook has said it will start labelling some posts on its platform in an effort to stop the spread of climate myths and misinformation.

The social media giant announced on Wednesday that it would be trialling the labels on posts in the UK with plans to roll out the feature in other countries in the future.

Although it has not said how it will determine what content will receive these tags, it could follow a similar process to the labelling of posts during the US election last year. Facebook attempted to use its algorithm to find posts spreading common misconceptions and to direct users to a “voting information centre”.

From labelled climate posts, Facebook will direct people to its Climate Science Information Centre which was launched last year.

Intended to “connect people to up-to-date climate information”, it came after widespread concern from scientists and politicians that the social media platform was being used to circulate misinformation.

“A healthy planet depends on everyone, everywhere, and that starts with people having access to accurate and timely information,” says Nancy Groves, digital strategy chief for UNEP.

“We look forward to continuing to work with Facebook on this new effort to dispel myths and to provide access to the latest science on the climate emergency.”

Climate communication experts from the University of Cambridge, George Mason University, and the Yale Programme on Climate Change Communication are also being brought in to create a new section debunking common myths.

“Facebook is in a unique position to counter the circulation of online misinformation, and the new climate ‘mythbusting’ section is an important step toward debunking dangerous falsehoods.”

This section of the hub will address false claims such as increased carbon dioxide benefiting plant life and the idea that global warming is a natural cycle of the planet’s temperatures.

The reach of the Climate Science Information Centre is also set to expand. Until now, it was only available in a handful of countries including France, Germany and the UK.

From Wednesday this week, it will be available to Facebook users in Belgium, Brazil, Canada, India, Indonesia, Ireland, Mexico, the Netherlands, Nigeria, Spain, South Africa and Taiwan.

Complaint filed against Facebook over online hate and disinformation