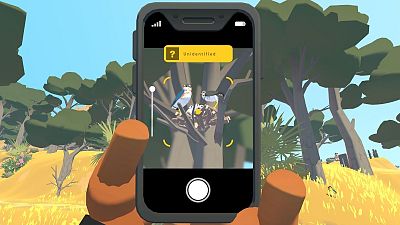 The United Nations is launching its very own mobile video game to help young people engage with climate change.

The idea is to capture the attention of 'Gen Z' to protect the ozone. 'Reset Earth' is set in 2084, in a post-apocalyptic world where the ozone layer has been completely ruined. Three teenagers are teaming up to save the planet.

"I think it's important that the younger generation realise that they can make a difference, they can make a change, they can bring about change, even if some of these environmental issues that are currently on the table seem insurmountable," says Stephanie Hay Smith, from the UN's Ozone Secretariat.

The game is one of the latest attempts to harness the power of the fastest-growing media platform in the world, as there are more than 2 billion video gamers globally. A report by the United Nations Environment Programme (UNEP)'s in 2019 found that this was a medium which could engage billions, encouraging them to find solutions to social and environmental challenges.

Once this report was published, the UN decided to expand further to reach external game production companies and to mobilise them to take initiative.

The aim was to get them to add green elements to their games and to make sustainability pledges.

Today the 'Playing for the Planet' Alliance has almost 30 members, including the production companies behind the games Angry Birds, Assassin’s Creed, Subway Surfers and Transformers: Earth Wars, who have all committed to introducing environmental messages into their games.

In many cases, the entire theme is based on the climate. Take 'Alba', a wildlife adventure about saving a nature reserve on a Mediterranean island, a product of independent British company Ustwo Games.

"The theme of sustainability, the relationship between humans and nature, the power of communities to work together, all of that emerged as we started to work on the game and became really important," says CEO of Ustwo Games, Maria Sayans.

Besides inspiring action through play, Ustwo Games is also one company to have pledged that it will plant one million trees - one for every copy of their latest game sold.

They are close to reaching half a million trees already, which contributes to their goal of offsetting 100 per cent of their carbon footprint from 2021 onwards. The company has also made a commitment to reduce its carbon footprint by 30 per cent by the end of 2022 and move to sustainable energy sources.

The Playing for the Planet Alliance has reported that in 2020 its members had collectively reached 110 million people through ‘green’ activations in games.

Click on the video above to learn more about video games drawing attention to environmental issues.