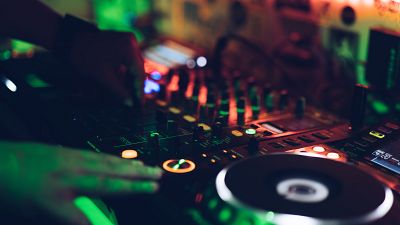 DJs across the world are being encouraged to use natural sounds in a new competition   -   Copyright  Krys Amon via Unsplash
By Shannon McDonagh  •  Updated: 05/02/2021

Greenpeace is imploring musicians across the world to get creative by making music with their natural sound library.

The organisation’s latest initiative has seen them team up with DJs for Climate Action (DJs4CA) in a project that encourages music makers to get inspired by the planet.

From Arctic sea ice to the Amazon rainforest - musicians can choose from a pack of free field recordings, drum loops, and sound effects sourced by Greenpeace campaigns around the world.

Its brief is simple: “What does the future sound like?”

A post shared by DJs for Climate Action (@djs4ca)

The best of the bunch, judged by an expert panel and public vote, will be made into a digital compilation. There are hopes the selection will later be pressed into the “greenest vinyl ever made”.

Open source sound libraries have proven to be an excellent way to get more people engaged with the natural world.

“We believe that culture and music can play an important role in the climate movement, offering inspiring visions, unity and the opportunity for the music community to come together and get involved,” says DJs4CA.

“We are looking for inspiring visions of the future, trying to create an opportunity for momentum and change from a time of huge uncertainty”.

The movement originated back in 2011 when a group of international performers acknowledged that their line of work was creating a considerable impact on the environment. Since then, they have held fundraising events globally raising tens of thousands of euros.

DJs have until February 28th to get their tracks in.

A DJ mag investigation on the relationship between the touring industry and carbon emissions urged those working in music to have “frank, open, and pragmatic” discussions on what they can be doing differently.

NPR’s analysis suggests that environmentalism in music is not a new concept, but more voices than ever across the music industry are using their platforms to talk about it.

From reconsidering touring strategies to sustainable merchandise, the industry is keen to do more.

American environmental activist and hip hop artist Xiuhtezcatl Martinez has received considerable recognition for his bridging of the two worlds.

“I've discovered in going through the journey of, of understanding hip hop is as a vehicle to connect to my generation in a very different way,” he told Euronews Living last year:

“To me, I think I've entered a space where my music is a reflection of my reality. And as a kid in the world today, my reality is complex and every time I open my phone, or go on the internet, it's like, the world is burning around us, and people are rising up to meet that”.

A handful of items hold the key to plastic problem, says Greenpeace

Pete the Monkey: A revolutionary eco music festival in France