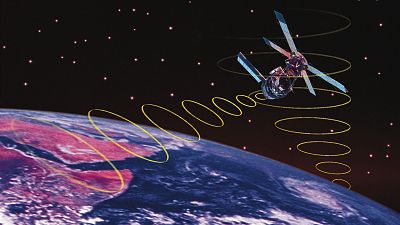 Ambitious targets have been set to map all of the world’s coral reef systems by this summer using satellite imaging from space.

It follows the discovery of a coral reef which exceeded the height of the Eiffel Tower in Australia’s Great Barrier Reef. The historic discovery last October alerted scientists to the fact that there are still some unsolved mysteries about coral which could help us save it.

We know that coral reefs are extremely important for marine biodiversity. They house a quarter of all marine species and provide food, livelihoods, security and recreation for at least a billion people.

But one thing which isn’t fully understood yet is why some patches of coral in the south Atlantic Ocean have shown to be more resistant to climate change.

The Allen Coral Atlas project (ACA) which was created by the late Microsoft co-founder, Paul Allen, has set out to solve these mysteries, so that policies to protect the world’s coral reefs can be better informed.

Allen, who was a keen scuba diver himself, sadly died in 2018, but his legacy lives on in the ACA. “As a technologist, [Allen] saw tremendous data gaps and challenged us to figure out how to apply the emerging availability of satellite imagery to map and monitor the world’s coral reefs. All of them,” says Paulina Gerstner, the Allen Coral Atlas Program Manager.

“Our goal is to make conservation restoration and protection much easier, affordable and faster for all conservationists around the world,” she adds.

“Our goal is to make conservation, restoration and protection much easier, affordable and faster for all conservationists around the world.”

How does the atlas work?

The atlas, which is available for anybody to view online, is produced using satellite imaging technology to generate high-resolution images of the coral reefs. The images are then processed into detailed maps. The key to this project is that it will allow conservationists to compare coral reef health over a period of time and understand the pressures the reefs are under.

It will be instrumental in helping countries understand “where coral reefs are and the area they cover,” says Francis Staub, secretariat coordinator of the International Coral Reef Initiative (ICRI).

Scientists will also gain more knowledge on certain coral reefs in the south Atlantic which have been coined ‘refugias’ - reefs which are naturally more resistant to the effects of climate change than those in the Indo-Pacific and Carribean.

These patches might hold the secret to mitigating any further impacts of climate change.

What about coral bleaching?

Coral is actually a tiny animal which secretes calcium carbonate for protection. Pollution, overfishing and heat waves due to climate change are threatening the existence of coral reefs and causing them to bleach by sending this protective measure into overdrive.

As a result, the corals expel microscopic symbiotic algae from their tissues. This turns the coral white, which is why it’s known as bleaching.

“Humanity must act with evidence-based urgency.”

The UNEP is training officials in coastal areas to use the atlas and support the efforts to develop informed policies which will safeguard our coral reefs.

“In the face of inaction, coral reefs will soon disappear,” says Leticia Carvalho, the Coordinator of UNEP’s Marine and Freshwater Branch. “Humanity must act with evidence-based urgency towards effective ecosystem management and protection to change the trajectory.”

Alongside Vulcan, which is funding the project, other partners include the University of Queensland, Planet Inc., Arizona State University and the National Geographic Society.

Scientists are now using satellites to count elephants from space