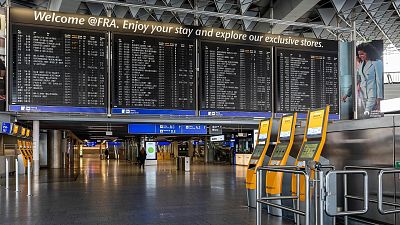 The number of flights taken in 2020 is expected to fall by up to 70 per cent when compared to last year, due to COVID-19. Roads have also been less busy as people in the UK took up 80 per cent fewer journeys by car in April this year.

After strict measures have forced many to change their travel plans, what do we plan on doing once the pandemic is over?

To find out, the YouGov Cambridge Globalism Project polled around 26,000 people across 26 countries using a survey designed by The Guardian.

Three times more people agreed that humankind was mainly or in part to blame for climate change than didn’t.

Despite widespread agreement that our actions have an impact on climate change, the survey found a lot of difference in how people planned to change their behaviours. It all depended on the country they lived in.

In Italy, the UK and Germany, nearly a third of people said they would fly less after the pandemic. But in many other countries outside of Europe, the survey found the reverse was true. In Nigeria half of the people asked said they would fly more and 40 per cent of people in Brazil said the same.

Worldwide flights produced 915 million tonnes of CO2 emissions in 2019 which accounted for 12 per cent of emissions from all transport sources.

So the popularity of holidays abroad among Europeans could certainly fall post-pandemic. In Italy, 40 per cent of people said they would be more likely to take a break inside their own country in the future. Almost twice as many people in the UK said they would also look to travel at home as opposed to going overseas.

In Sweden however, home of the ‘Flyskam’ or flight shaming movement, over a third of people said they would be more likely to travel abroad for their holiday.

Although measures have been introduced to encourage people to use alternative daily forms of transport like walking and cycling, participants admitted they planned to drive more in future.

In Spain and Greece around two-fifths of people said they would take more car journeys than they did before the Coronavirus pandemic.

Are summer holidays a problem?

Interestingly enough, the overall YouGov survey found that a majority of people in Europe didn’t plan to change their behaviour at all.

As humans, we are notoriously bad at predicting what we will do in the future. So, dreams of getting away after being under lockdown restrictions could certainly have had an impact on how people responded. Earlier this year experts warned that “revenge travel” could become a problem as we try to make up for the holidays cancelled due to the pandemic.

The world's richest 1% were responsible for more than double the carbon emissions than the poorest half of the global population between 1990 and 2015. In a new report from Oxfam and the Stockholm Environment Institute, the authors warn that continued overconsumption and addiction to high-carbon transport by the planet's wealthiest individuals are exhausting our collective "carbon budget." Across the 25-year period, CO2 emissions rose by 60%. The increase from the 1%, however, was triple the increase from the poorest 50% of the world. Tim Gore, head of policy, advocacy and research at Oxfam International told the Guardian that this extraordinary concentration of carbon emissions by the rich is "bringing the world to the brink of climate catastrophe". Just 630 million people - the wealthiest 10% of the global population - were responsible for over half of carbon emissions across the period studied. The richest 1% of the population are those earning more than $100,000 a year (€85,000). The top 10% globally earn over $35,000 (€30,000).

The answer to this is perhaps not to try and change people’s individual behaviours but instead to discourage those who have the most impact. Despite only making up 16 per cent of the world’s population, planes that take off from the richest countries contribute almost two-thirds of emissions from passenger flights.

Research also shows that it isn’t necessarily our once a year summer holidays abroad that are fuelling climate change. In the UK for example, 70 per cent of all flights were taken by just 15 per cent of adults. Discouraging this small minority of frequent fliers with a tax on people who travel more often is one measure that has seen **growing support in Europe over the last few years. **