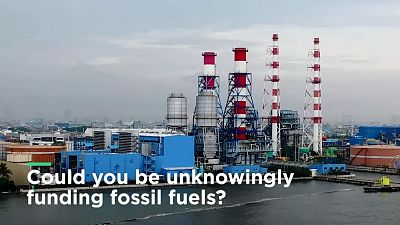 Nearly two thirds of Brits say that climate change is their number one concern, ahead of saving for their future.

However, new research shows that 57 per cent of the group surveyed were surprised to learn their savings may be invested in companies which are hurting the planet. An independent study, commissioned by Clim8 Invest, found that the majority of British people are investing their savings in portfolios funding oil and gas companies.

The majority of British people are investing their savings in portfolios funding oil and gas.

Over half didn’t know where their savings and pensions were invested. This is particularly alarming when you consider that the world’s three largest money managers (BlackRock, Vanguard and State Street) have a combined €255bn invested in fossil fuels - all money which comes from our private savings and pension contributions.

“When you consider that UK consumers’ top two concerns are climate change and saving for their future, it’s clear that by having their savings and pensions with typical fund providers, they are potentially being hit by a double whammy,” says Duncan Grierson, CEO & Founder of Clim8 Invest.

“On the one hand, they are unwittingly funding the very thing they are concerned about. On the other, they will likely get a poorer return as users move away from companies with products and services that damage the environment.”

This is where products like Clim8 come in. It’s a digital investment platform which lets consumers put their money into listed companies with green credentials.

Unlike other ethical funds, which can include major fossil fuel companies like Rio Tinto, Clim8’s team does its own analysis of the companies it offers. These passive ‘ethical’ funds aren’t up to standard anymore, says Grierson.

For Grierson, it’s about more than working with investors. “Part of our mission is just to raise awareness,” he says, “if you’re not investing with us, find another platform that is doing a good job and will invest your money into the right kind of things.”

The Clim8 app is yet to be released officially, but it already has a 10,000-strong waitlist for early access, with the full launch expected next month.