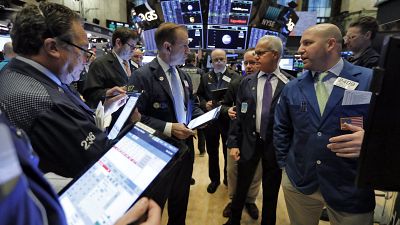 They say it’s never too early to plan for retirement. No matter what age you are, starting a pension is an important part of working life as it ensures that you maintain a comfortable lifestyle later on.

Most of us will be paying into a pension every month, whether it’s through our workplace or on a personal plan. Otherwise, most countries offer a basic state pension. In the UK, we receive it once we reach retirement age, which requires us to have worked for 32 years and paid into national insurance in the process.

But have you ever thought about where your money is going? While it’s easy to imagine our hard-earned cash gets put into a locked safe and stays there forever until we retrieve it at a later date, the reality is our money is being invested. Most pension plans do give us the option of deciding what to invest in, but to keep it as simple as possible, choices are limited - as are the explanations of the funds themselves.

In short, there are several choices including shares, bonds and cash. You are then asked whether you want to, either, specialise in specific assets such as shares in European companies, or broaden your scope and invest in global shares all over the world. Vague huh?

Other than that, it’s tricky to gauge what you’re actually putting your money behind - in fact three quarters of workers admit to feeling too confused to make any “informed decisions”.

Part of your pension is almost certainly invested in coal, oil and gas companies.

If you don’t make an active choice, the pension provider will invest your pension in a ‘default’ fund, which is where the water gets really muddy. According to the money editor of The Guardian, if you work in the private sector, “part of your pension is almost certainly invested in coal, oil and gas companies.”

Pensions might not be the first thing to spring to mind when you think about living a greener lifestyle - but whether you realise it or not - you’re likely financing the use of fossil fuels and harming the environment in the process.

In 2019, a study by Mercer and Monash Business School found that Europe came out on top when it came to the best pension systems in the world. Scandinavian countries dominate the top five, with the Netherlands in first place, Denmark second, Australia third, Finland fourth and Sweden fifth.

Research by Fossil Free shows that in recent years, Scandinavian pension funds have pulled out of fossil fuel investment, but what about other European countries?

Let’s hone in on the UK. Great Britain comes out 13th on the aforementioned scale, but it certainly isn’t known for its eco credentials on the pension front. As the same Guardian article clearly states, “no UK pension fund is entirely divested from fossil fuels”.

Fortunately, some pension funds have recently bowed to pressure applied by environmental activists and chosen to, at least somewhat, divest. The UK’s biggest pension scheme, government-backed NEST (National Employment Savings Trust) began divesting from fossil fuels just last month in what climate campaigners are hailing a “landmark move for the industry.” However, not all providers are following suit, with many claiming they would be losing out on millions of pounds by giving up oil and gas stocks.

“We feel committing to divest from fossil fuels at the present time would be not the right decision, because almost every business in the world to some extent depends on the use of fossil fuels,” said one senior accountant (in pensions and treasury management) at Nottinghamshire County Council told Reuters.

Another local authority pension fund manager said that divesting would be “dangerous” as it risked lower returns.

So how can you make sure your money is being invested ethically?

Providing for your future doesn’t have to mean compromising on your principles. The objective of an ethical investment fund is to achieve positive returns for investors while prioritising environmental and social considerations in its decisions.

These funds will only invest in companies that meet a strict set of criteria. For example, companies that pledge to transition from the carbon economy to one based on 100% renewable energy sources.

In terms of where to start, WHEB, Triodos and Impax are all specialist impact investors who offer ethical funds if you’re building a personal pension portfolio/ SIPP (self-invested personal pension). For a more traditional option, NEST’s ethical fund invests in companies with positive records on human rights and fair trade policies. It also avoids investing in tobacco, arms or corrupt states and claims not to go near companies which damage the environment.

Other options to consider are the Aviva self-select pension, which has a number of ethical funds with sustainable investment policies, or Royal London, which runs both a workplace and a personal pension plan committed to responsible investing.

Workplace pensions can be cross-examined too. Although you don’t have as much control, you can lobby your employer to make changes. For instance, asking for the email address of the trustee of your pension scheme, and getting in touch yourself. This can lead to a face-to-face meeting where you can focus the attention on the proposed divestment, ideally with the support of colleagues.

It’s harder if you work for the civil service or for the NHS, as there is technically no option to divest. This is simply because your pension isn’t invested in the stock market - it’s more of a loan from the government.

Be a Net Zero Hero is a campaign by Make My Money Matter, which encourages pension holders to email their providers with the aim of reaching net zero emissions by 2050. “We’re creating a movement calling for the trillions of pounds invested in our UK pensions to build a better world,” the campaign states.

Make My Money Matter has even created an email template you can use to send to your employer, demanding change. “One of the most powerful things you can do is tell your employer you care about where your money is invested. And if your organisation has a strong mission or values, you can demand that your workplace pension aligns with them.”

Considering the value of global pension assets is currently around £29.7 trillion, individuals hold a lot of power. And if you want to ethically invest, but have no idea where to start, there are plenty of financial advisory businesses out there to lend a hand. Castlefield is a leading firm offering advice on “responsible, ethical and thoughtful investing” in the UK.

Carrying a sustainable coffee cup or a reusable water bottle is one thing, but committing to an ethical pension plan might be one of the most significant decisions you make in reducing your carbon footprint. It’s an investment in your future, both for you and the planet.