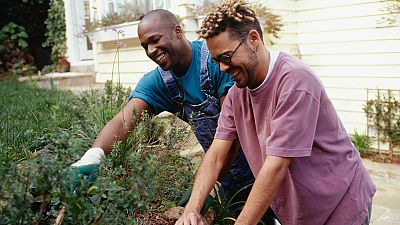 Calling it ‘the green mate appeal’, a study in Psychology and Marketing revealed that pro-green consumption is seen as an honest signal of commitment in men. It has been well-documented that the role of gender plays a part in ecological engagement - but so far it’s women who are more likely to be passionate about saving the planet.

According to market research firm Mintel, 71 per cent of women “try to live more ethically”, compared to just 59 per cent of men. This includes a commitment to eco-friendly habits such as recycling, which men are “considerably less likely” to do regularly. Other habits included men’s lack of awareness around water conservation in the home, and more women frequently composting food waste than men.

The Psychology and Marketing research suggests that being climate-conscious is a trait associated with femininity. As such, eco-friendly men are more likely to possess characteristics stereotypically associated with women, such as higher levels of commitment and altruism. This should make them more attractive to potential partners, who perceive them as being better-suited to relationships and parenting, predicted the study.

After conducting six analyses on a sample of 1,500 Americans, their predictions turned out to be correct.

“Our findings suggest that green consumption is an honest signal of men's long‐term mating value and that it is a more reliable sign of partner commitment than of father commitment,” state the three authors of the study, Sylvie Borau, Leila Elgaaied‐Gambier and Camilla Barbarossa.

So it seems environmentally conscious men are all the rage. If that’s your thing, now’s the time to snap one up.

Today is Earth Overshoot Day, here's what it means