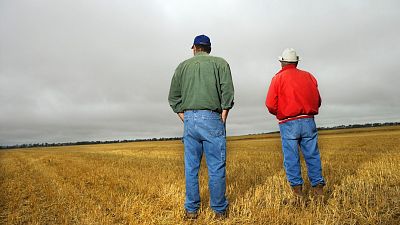 Is sustainability a women's issue? Is climate change literally a man-made disaster? Several studies have suggested that when it comes to being environmentally conscious, there is a green gender gap.

Men are less likely to live sustainably than women, a phenomenon researchers from the latest study call the ‘green-feminine stereotype’.

The link between gender and sustainability is not new, over recent years there have been several reports showing how men litter more, recycle less and leave a bigger carbon footprint than women.

Women are also more clued up on climate change - they are more likely to support environmental regulations and know more about the science behind melting ice caps and rising seas. And, perhaps rather unsurprisingly given the knowledge they are armed with, they are also far more likely to express concern about the impact it will have on us and future generations.

But the most recent research paper by professors from five universities in the US found another reason why more women than men lean towards being green - saving the planet is simply 'a bit girly'.

The paper entitled ‘Is Eco-Friendly Unmanly? The Green-Feminine Stereotype and Its Effect on Sustainable Consumption’ and published in the Journal of Consumer Research, set out to explain this gender gap. It found a psychological link between eco-friendliness and perceptions of femininity.

Being eco-friendly, the study’s authors claim, is cognitively linked to being more feminine - by both men and women.

In a series of experiments involving 2,000 participants from the US and China, scientists found “both men and women both judged eco-friendly products, behaviours, and consumers as more feminine than their non-green counterparts”.

In one experiment, participants of both sexes described an individual who brought a tote bag to the supermarket as more feminine than someone who used a plastic bag - regardless of whether the shopper was a male or female.

In another, participants perceived themselves to be more feminine after recalling a time when they did something good versus bad for the environment. And when men were given a pink floral gift card to buy items including lamps, backpacks and batteries, they opted for the least green version of each product as a way to assert their masculinity in the face of the double feminine associations of the pink gift card and eco-friendliness.

The researchers claim the problem lies, not with guys, but marketeers who are not doing enough to make their products enticing to men. They suggest the key to encouraging men to make environmentally-friendly choices is to make green products more masculine - or as they put it ‘men-vironmentally-friendly’ using fonts, colours and words that would appeal to gender constructs of masculinity.

“Make the man feel manly,” the researchers said, “and he’s more likely to go green.” But, is this really the answer? Surely the biggest issue of our lifetime - and beyond - should be a gender-neutral one.

Fashion designer, activist and author of Fashion Animals - and a vegan - Joshua Katcher, started his own sustainable menswear lined, Brave GentleMan in 2008. Brooklyn-based Katcher says he has experienced many raised eyebrows, and worse, at his lifestyle choices over the years.

“I do see mainstream masculinity as a roadblock to sustainability as a cultural crisis right now,” he says. “I’ve experienced it. I’ve had to answer for it and I’ve also had to modify my life in order to prove a point.

He says things have changed a lot over the last 10 years or so, but there is still plenty to do and believes the key lies - at least in the short term - in spinning sustainability to men threatened by perceived ideas of femininity and environmental issues in a way that makes them the hero in this ultimate apocalypse story.

The hero in this ultimate apocalypse story

Katcher explains, “I think we have to come up with clever ways to make sustainability rewarding and appealing to mainstream men without compromising so much that it becomes harder for the people who are already being harmed by that archetype.

“What I’ve tried to do with the Discerning Brute (Katcher’s blog) is tap into our ideas of heroic power, of protective power. I think that there’s a way to appeal to those types of men where they want that feeling of being physically capable of doing something significant in order to provide, in order to protect.”

“I think if we can focus on those positives, like the hero, the protector, the defender, that there’s a way to approach sustainability and ethics through those archetypes in a way that doesn’t threaten. That says, ‘yes, you are strong, you are powerful, and here you can help’. Here’s the hero that we need.

Katcher thinks this needs only be a temporary solution to appease older men who “aren’t going to change their habits or worldviews” but believes younger generations are being brought up by parents who expose them to these concerns and are less threatened by perceived attacks on mainstream masculinity.

One man who has not felt the burden of societal pressure when it comes to green issues is Nuno Goncalves, Executive Chef at Quaglino's in London.

In this most male of environment’s Goncalves is leading this bastain of Mayfair society towards a more sustainable future, seeing it as his responsibility to create awareness and help customers dine more consciously, revamping the menu to include mainly local sustainable and ethically sourced produce.

Goncalves said he has “always been environmentally conscious” and has not felt his gender has inhibited his environmental commitments and credentials.

“To be honest I have never considered a gender gap when it comes to sustainability, I feel sustainability should have nothing to do with your gender, but rather it should be the responsibility of everyone to source local sustainable ingredients in order to combat the current environmental issues the world is facing,” he said.

Any resistance Goncalves has felt has not been directed at his masculinity but a general lack of awareness. “I feel it is our responsibility as food industry professionals to educate our guests in that sense. I have not felt at any point my gender has had a negative influence,” he explains.

Super heroes don’t always wear capes - but they do always care (and recycle).

'The night was hell': Wildfire destroys homes on outskirts of Athens