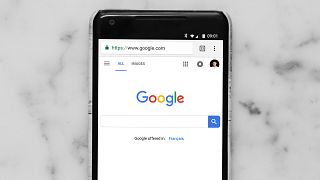 A search engine has been launched that funds eco-friendly projects using the money made from your pressing internet queries.

When you enter your question into a search bar, advertisers pay to make their content appear first, based on the keywords in your phrase. Every year, this earns companies like Google somewhere between €30 to €50 per user. In 2019, this advertising revenue contributed to Google’s over €140 billion in profits, according to Statista.

New search engine, Rapusia, claims that half of the money it makes from advertising such as this will be donated to “social and eco-solidarity projects”. The other 50 per cent pays for the marketing and operational costs associated with running the company.

How does an eco search engine work?

Every search you do on Rapusia earns you a heart, which represents the money set aside from advertising income to be donated. Once you have accumulated enough hearts, you can then choose which projects you want to back and hearts are converted back into money. The amount donated depends on how many searches are carried out and which charities its users choose to back.

Projects currently being funded include Tennis World Foundation’s own efforts to empower disadvantaged children, safe water access for communities in Malawi and protection for the wellbeing of stray animals in Europe.

Unlike other commonly used search engines, each query is private. That means that Rapusia doesn’t store data about what you are looking up or pass it on to the companies that advertise with them. A browser extension anonymously manages the number of hearts you have collected whilst protecting you from advertising tracking, it says on its website. The organisation also publishes a monthly financial report showing which projects have been helped, in an attempt to ensure transparency.

Every time you hit enter on Google, it uses enough electricity to power a 60 watt light bulb for 17 seconds, **research from the company **found in 2009. While that doesn’t sound like a lot, the internet giant processes an average of 40,000 search queries every second.

A number of eco-conscious search engines have popped up over the last few years offering the chance to offset this energy consumption by doing some environmental good. Tools like GiveWater, Lilo and Ekoru let users redirect money made through advertising to charities and organisations that are helping the planet through green and socially responsible action.

Ecosia, one of the most widely used of these alternatives, uses its profit to plant trees. At the time of writing, it claims that over 92 million trees have been planted thanks to its users’ online search habits. Efforts to reduce carbon emissions through renewable energy mean that the company is now removing 1kg of CO2 from the air with every search, making the operation of the search engine carbon negative.

The power of your searches could be far more than just keeping you informed about environmental issues. If it were as big as Google, Ecosia says, it could absorb 15 per cent of all global CO2 emissions or the equivalent of total vehicle emissions worldwide.