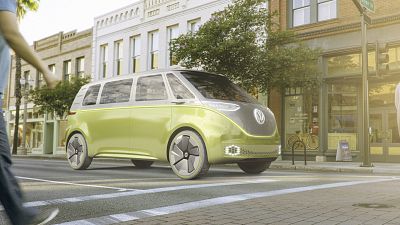 Qatar is to become one of the first countries on Earth with self-driving public transport.

The country’s capital city Doha has agreed to develop infrastructure ready for a fleet of autonomous and zero-emission Volkswagen shuttles to take to its roads, each of which can carry up to four passengers on semi-fixed routes. Meanwhile, high tech, self Scania buses are set to ferry larger groups after parent company Volkswagen Group signed a major deal with Qatari officials.

The new bus and taxi services are set to be operated by apps, which are currently in development by Volkswagen subsidiary MOIA. Its self-driving knowhow is set to be provided by Audi’s (also owned by the VW Group) Autonomous Intelligent Driving centre of excellence.

Doha’s new public transport options are due to add to the existing options around the city, in a bid to cater for rising demand, said the Qatar Investment Authority. Its CEO, Mansoor Al Mahmoud, said cities were reliant on the new wave of innovation to progress.

The Qatari government are also due to create appropriate legislation to allow for the integration of autonomous vehicles, in addition to a smart city infrastructure. The QIA predicted the new fleet would take to the roads in 2022, following a series of tests and trials set to take place over the next couple of years.

"Our purpose is to drive the shift to sustainable transport,” said president and CEO of Scania Henrik Henriksson announcing the partnership.

“In the coming years, technological and infrastructural progress in electric and autonomous vehicles will be key enablers in that shift. With regards to people transport, a higher degree of sharing is also important and through advances in autonomous transport it will be simpler to introduce more flexibility in shared people transport.”

The announcement of Qatar’s project puts it on course to follow the UK in adopting driverless methods of public transport by just a few months. Driverless taxis are currently being tested in London, while Scotland’s Forth Bridge between Edinburgh and Fife is set to get an autonomous bus service by the end of 2021.