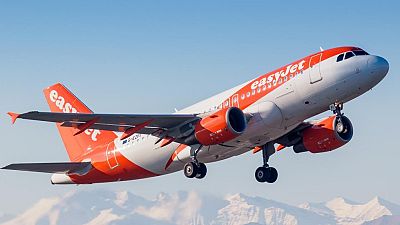 All carbon dioxide produced by EasyJet flights will be offset starting today (19 November), as it claims to be the first major airline in the world to operate 100% of its flight at net-zero carbon emissions.

The UK-based budget and business airline set out its plan to invest £25m per year into forestry schemes, in a bid to take as much carbon out of the environment as its flights create.

Currently, its flights emit 3.2kg of CO2 for every kilogram of aviation fuel used to power them. Some 85% of the company’s total carbon emissions are a result of burning aviation fuel during flights.

EasyJet had already begun reducing its emissions, reducing them from 78g of CO2 per passenger last year to 77g this year. Meanwhile, it has cut emissions per head by a third since 2000.

The first flight as part of the new carbon offsetting scheme took off this morning from Berlin to Vienna.

EasyJet has partnered with First Climate and EcoAct on a series of carbon offsetting projects including forest conservation in South America and Africa, substituting coal for renewable energy sources in India, and restore boreholes in East Africa to allow people access to clean water without boiling it.

It said it had picked Gold Standard or Verified Carbon Standard projects to ensure the impact of its contributions were long-lasting.

However, EasyJet accepted the long term future of the aviation industry rested on finding more eco-conscious ways to fly.

Read more | How eco-friendly are offices in your industry?

The news came as the flight operator announced a partnership with aircraft manufacturer Airbus to research the opportunities to produce a hybrid plane. The airline has also become a backer of Wright Electric, a US company attempting to develop an electric plane.

“We acknowledge that offsetting is only an interim measure until other technologies become available to radically reduce the carbon emissions of flying, but we want to take action on carbon now,” said CEO Johan Lundgren.

“People have a choice in how they travel and people are now thinking about the potential carbon impact of different types of transport. But many people still want to fly and if people choose to fly we want to be one of the best choices they can make.”

The airline, which operates primarily in Europe flying to 30 countries, also announced the launch of a new packaged holiday division, in a bid to fill the gap left by Thomas Cook's collapse.

In its first year, EasyJet Holidays will offer trips to in excess of 100 beach and city holiday destinations, with access to 5,000 hotels.

The new business will create additional options for the record 96.1 million customers who flew with the airline in the year to 30 September.