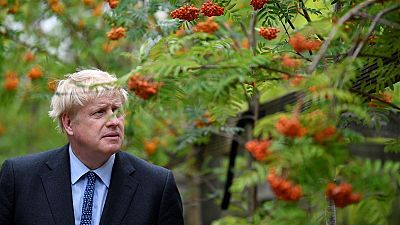 BoJo has been a polarising character for years. From Mayor of London, to the leader of the Conservatives, to prime minister of the UK, many eco activists have derided his voting record on matters concerning climate change.

As Boris Johnson takes up the biggest job in UK politics, this is what environmentalists are demanding from the Prime Minister as he steps through the doors of 10 Downing Street.

In the main, charities took a measured approach to Boris Johnson's ascendancy. Some were hoping to see the new leader prove himself as serious in the face of increasing pressure from activists and numerous Extinction Rebellion protests across the UK.

The question, according to Greenpeace UK, is will Boris “be lying in front of the bulldozers, or driving them?”

Greenpeace UK executive director John Sauven said Johnson’s record included “many encouraging statements, which could give hope to people concerned about the state of our planet, as well as many discouraging statements that could make the same people despair”.

“Boris Johnson will step into No.10 as multiple temperature records are being broken in the UK and around the world. The challenge of the climate and nature emergencies is staring us all in the face - the question is whether the new Prime Minister is ready to rise to it,” added Sauven.

“Will he try to please the dwindling band on the Tory backbenches who aren’t interested in taking much action, or the majority of the British public who want to see faster change and stricter standards to protect our climate, food, air and water? Will he be lying in front of the bulldozers, or driving them?”

Friends of the Earth

This UK oceans charity had called on Johnson's opponent in the leadership race, Jeremy Hunt, to support the government's commitment to safeguarding the waters surrounding the UK.

Boris had already pledged to see through the commitment, winning praise from this particular charity.

This animal welfare charity has already penned a letter to the new PM. Its CEO, Philip Lymbery implored the new PM to make the UK's agriculture and food production systems more sustainable.

"We have had years of reports urging a more sustainable approach to British agriculture," he said. "We hope that your Government will take action to turn the recommendations into Britain’s long-term reality."

CIWF also welcomed Johnson's opposition to exporting live animals, and called on him to introduce a ban as "one of the first benefits of post-Brexit life" upon leaving the EU.

Read the letter in full below:

Meanwhile, environmental commentators and activists vented their frustration at Johnson's perceived lack of enthusiasm in embracing climate change as a key part of policy during his administration.

Some were unhappy at Johnson's alliance with US president Donald Trump, after Trump was reported as saying he didn't believe reports documenting the impact of climate change.

Others wanted climate change to be a greater priority for the UK's new leader.

And finally, some threatened never to return to the UK.