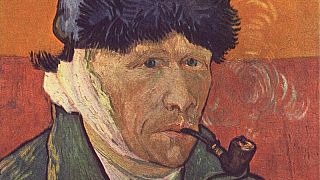 On the night before Christmas Eve in 1888 in the French city of Arles, renowned Dutch painter Vincent Van Gogh took the razor he kept on his small dressing table and slashed off his left earlobe.

The precise reasons behind this famous act of self-mutilation are up for debate – many have suggested depression, sexual frustration, absinthe poisoning and bipolar disorder. There is no consensus. We do know that the artist suffered from psychotic episodes and delusions and that the incident occurred after a row with painter Paul Gaugin.

Gaugin arrived in Arles that year. He was coerced to join Van Gogh by the painter’s brother Theo, an art dealer who had promised Gaugin to buy several of his paintings should he visit his sibling. The two painted together and got into flaming rows.

On the evening of 23 December, Van Gogh and Gaugin, who had been out drinking, had an argument. The ear cutting ensued soon after. Van Gogh wrapped his ear fragment and went to a brothel to offer it to a 17-year-old cleaner at his favourite brothel, a woman named Gabrielle, or “Gaby”.

Van Gogh was promptly committed to an asylum in Arles for several weeks before leaving and producing some of his most famous paintings the following years, such as 'Self-portrait with Bandaged Ear and Pipe' (1889) (see above), 'The Starry Night' (1889) and 'Sorrowing Old Man (At Eternity’s Gate)' (1890) (see below).

This was a frantic period of creative activity for the painter, but also one of isolation and deep depression.

"If I loved you less, I might be able to talk about it more."

1815: The novel "Emma" by Jane Austen was published on this day.

1947: The point-contact transistor was first demonstrated by Walter H. Brattain and John Bardeen at Bell Laboratories.

The rise of the Black Mamba