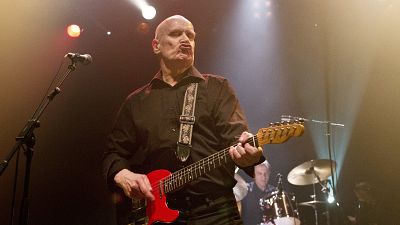 Johnson was a stalwart of the British punk scene after playing with Dr. Feelgood, whose hits include 'She Does It Right', 'Roxette', 'Back in the Night' and 'Milk and Alcohol'.

The musician was diagnosed with late stage pancreatic cancer in 2013 and refused chemotherapy. Despite being given 10-months to live, he released an album ‘Going Back Home’ in 2014.

That same year, he was announced cancer-free after an operation which removed a three-kilogram tumour.

“This is the announcement we never wanted to make, & we do so with a very heavy heart: Wilko Johnson has died. He passed away at home on Monday 21st November. Thank you for respecting the family's privacy at this very sad time. RIP Wilko Johnson,” read a statement on the artist's official Twitter account.

Cuban musician Pablo Milanés dies at the age of 79