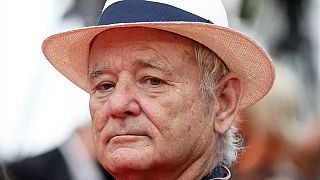 Murray adds his name to a long list, especially since this month alone, Harvey Weinstein, Kevin Spacey, Paul Haggis and Danny Masterson are all on trial facing various allegations of sexual misconduct.

New details about Bill Murray’s suspension from the Searchlight Pictures film have emerged from a recent report from Puck.

On 18 April 2022, Searchlight paused production on Being Mortal after a complaint was filed against star Bill Murray over inappropriate behaviour.

According to the Puck report, Murray was “particularly friendly with one female production staffer,” whose name was withheld from the story. Murray allegedly straddled and, through a mask, kissed a “much younger” female on the production who was “horrified.” That staffer “interpreted his actions as entirely sexual.”

At the time, Murray explained his actions by saying: “I did something I thought was funny and it wasn’t taken that way.”

The report states that Murray is aware that his behavior affected many people, including those who lost their jobs. He worked with the staffer in mediation and came to a settlement, according to Puck, of more than $100,000.

It’s unclear when, or even if, Being Mortal will go back into production. Deadline reports that approximately half of the film had been shot when it was shut down in April.

The Ghostbusters star's woes don’t end there, as he has also been accused of misconduct this week by Oscar-winner Geena Davis.

Davis revealed in her memoir, 'Dying of Politeness', that Murray berated her on the set of Quick Change (1990), which Murray co-starred in and co-directed with Howard Franklin.

According to Deadline, upon meeting Murray, he greeted Davis “with something called The Thumper, a massage device he insists on using on her, despite her emphatically refusing.”

Later in filming, Murray reportedly screamed at her for being late in front of the cast and crew, even though she was “waiting for her wardrobe”.

“That was bad,” Davis said in an interview with The Times. “The way he behaved at the first meeting… I should have walked out of that or profoundly defended myself, in which case I wouldn’t have got the part.”

“I could have avoided that treatment if I’d known how to react or what to do during the audition… But, you know, I was so non-confrontational that I just didn’t,” added Davis.

This is not the first time reports of Murray’s bad behavior have surfaced.

Despite being known for his kooky persona, light-hearted hijinks and his off-screen bonhomie, the actor has a history of fighting with his co-stars and directors, but the impact on his career has been non-existent.

His famous on-set fallout with Lucy Liu during the filming of Charlie’s Angels (2000) was one of the most publicly known instances of his misconduct. Liu called his language “inexcusable and unacceptable”, with a crew member reporting that Murray made belittling and cruel comments to the actress.

It remains to be seen whether these new reports and revelations from Davis will impact his stature in the industry or his filming schedule.