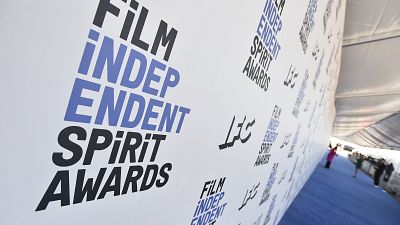 The Spirit Awards are annual film awards that have celebrated independent filmmakers since it was founded in 1984.

Usually held in the run-up to the Oscars, the Spirit Awards has focused on smaller budget films and last year celebrated ‘The Lost Daughter’ and ‘Zola’ with some of its top gongs. The 38th awards show will happen on 4 March 2023 with nominations announced on 22 November this year.

This year, for the first time, the acting gongs will not be split by gender with two awards going for “Best Lead Performance” and “Best Supporting Performance”.

“We’re thrilled to join the other festivals and award shows that are already moving to celebrate great acting without reference to gender,” Josh Welsh, Film Independent's president, said in a statement.

“We’re also happy to welcome non-binary performers into the Spirit Awards without forcing them to choose to identify as male or female.”

There has also been an increase in the maximum allowed budget for a film to be eligible for a Spirit Award. The eligibility cap is now $30 million, up from $22.5 million, to recognise the increasing costs of film production.

“It has been a long time since we substantially increased the budget limit for eligibility,” Welsh said. “This new cap allows us to continue to celebrate the same breadth of work that we have in the past.”

In music, the Grammys dropped gendered categories in 2011, with the BRIT awards following suit in 2021.