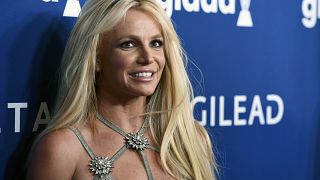 Spears made the announcement in a post on Instagram in which she described making the discovery on holiday with her husband, the actor Sam Asghari.

“I lost so much weight to go on my Maui trip only to gain it back,” wrote Spears.

“I thought “Geez … what happened to my stomach ???” My husband said “No you’re food pregnant silly.

“So I got a pregnancy test … and uhhhhh well … I am having a baby.”

In the post, the singer also detailed her previous struggles with perinatal depression and her relationship with the paparazzi.

“I obviously won’t be going out as much due to the paps getting their money shot of me like they unfortunately already have,” wrote the ‘Toxic’ singer.

“It’s hard because when I was pregnant I had perinatal depression … I have to say it is absolutely horrible … women didn’t talk about it back then … some people considered it dangerous if a woman complained like that with a baby inside her … but now women talk about it everyday … thank Jesus we don’t have to keep that pain a reserved proper secret.”

Asghari confirmed the announcement in his own Instagram post saying, “Fatherhood is something I have always looked forward to and I don't take lightly. It is the most important job I will ever do.”

The announcement delighted fans after revelations by Spears that she had long wanted another child, but was forced to continue using birth control due to her legal conservatorship.

The conservatorship, from which Spears has since been released, was subject to media scrutiny and a high-profile legal challenge, as well as a concerted campaign by the singer's fanbase.

The arrangement placed Spears under the guardianship of her father Jamie Spears, denying Spears any control over her business or personal affairs.

During a hearing, Spears told the court she wanted to get her IUD removed and have another child, but the conservatorship, which controls her medical care, wouldn’t allow it.

“I want to be able to get married and have a baby,” she told the Los Angeles court last year.

“I was told right now in the conservatorship I am not able to get married or have a baby.”

Spears also said she had been forced to take medication against her will and banned from seeing her friends.

The conservatorship, which was in place for 13-years after a bout of severe mental health problems for Spears in the noughties, shocked the public.

Spears also alleged she had been forced to perform against her will.