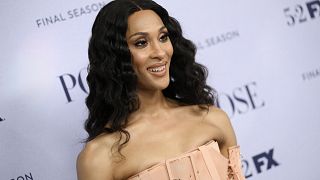 "Pose" star Michaela Jaé "Mj" Rodriguez will be honoured at the GLAAD Media Awards for her efforts to advance acceptance for LGBTQ people of colour.

"Michaela Jaé Rodriguez is an undeniable talent who is changing the way audiences understand trans people while breaking down barriers for the trans community and LGBTQ people of colour within the entertainment industry," GLAAD President and CEO Sarah Kate Ellis said in a statement.

Rodriguez, who earned a Golden Globe Award for her role of Blanca on "Pose," stars in Netflix's Lin-Manuel Miranda-directed film "tick…tick…BOOM!" and is to appear with Maya Rudolph in the announced Apple TV+ series "Loot.'' She also has an upcoming album release.

Rodriguez will be honoured at the April 2 awards ceremony in Los Angeles. The late Kolzak was a prominent casting director who worked to raise awareness in the entertainment industry about discrimination against LGBTQ people and people living with HIV.

The 200-plus previously announced nominees in 30 categories include Lil Nas X, Demi Lovato, Elton John, "West Side Story," "Pose" and "Dancing with the Stars."

A May 6 ceremony in New York also will be held by GLAAD, a media advocacy organisation.

The awards honour media for fair, accurate, and inclusive representations of LGBTQ people and issues.