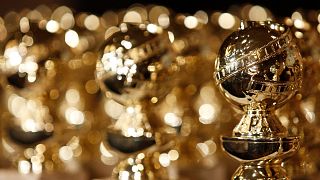 Mired in a stubborn controversy and in the throes of the pandemic, the organisers of the Golden Globes have decided the show must go on - but without an audience or television broadcast.

The Hollywood Foreign Press Association (HFPA) – the jury for these awards – has been the target for months of accusations of racism, sexism, harassment, and corruption.

But this year, the stars are absent and longtime television partner NBC has given up broadcasting the ceremony.

A scandal catalysed by Netflix's controversial love letter to France

What started off as industry murmurs exploded into a full-blown scandal last year when ridiculed Netflix drama 'Emily in Paris' received two nominations over HBO's 'Insecure' and the BBC's 'I May Destroy You', both critically adored shows created and fronted by Black women.

A number of investigations from the US press found that 39 members of the HFPA had been gifted a set visit to 'Emily in Paris', along with the two-night stay in a five-star hotel.

Further accusations of corruption and inequality unravelled in the following months, cementing the HFPA as an institution worth distancing from.

Regardless, the presentation of The Golden Globes will take place on January 9 in its usual Beverly Hills Hotel.

Kenneth Branagh's 'Belfast' and Jane Campion's 'The Power of the Dog' top the nominations this year, with foreign language nods to Finland's Compartment No. 6 and Pedro Almodóvar's latest, Parallel Mothers.

More than a hundred publicists wrote to the HFPA last March asking it to put an end to "discriminatory and unprofessional behavior, ethical breaches and accusations of corruption".

Amid the scandal, the organisation quickly announced a series of reforms, including an unprecedented recruitment of new members to improve the representation of minorities within it.

But critics like stars Scarlett Johansson and Mark Ruffalo have publicly denounced the reforms deemed insufficient, while Tom Cruise returned this own three Golden Globes in protest.

Major studios like Warner Bros, Netflix and Amazon have immediately indicated that they will no longer work with the HFPA until significant changes are implemented.