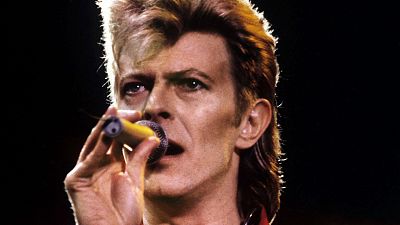 David Bowie's estate have sold the publishing rights to his entire body of work for more than $250 million (€220 million).

Hundreds of songs, including the hits 'Space Oddity', 'Let's Dance', and 'Heroes' will come under the ownership of Warner Chappell Music (WCM).

The complete deal encompasses tracks from Bowie's 26 studio albums, his upcoming posthumous record 'Toy', the two albums he released with supergroup Tin Machine, and songs featured on soundtracks and other projects.

WCM co-chairman and chief executive Guy Moot said they were "proud" to be "chosen as caretakers" for the singer – who died of cancer in 2016 – and his "extraordinary" music.

“All of us at Warner Chappell are immensely proud that the David Bowie estate has chosen us to be the caretakers of one of the most groundbreaking, influential, and enduring catalogues in music history."

He described the songs as "milestones that have changed the course of modern music forever."

More and more artists are cashing in on multi-million dollar deals over the rights to their songs.

But this is one of the first major arrangements between a publisher and a deceased artist's estate.

The announcement comes as a part of the 'Bowie 75' celebration, a build-up to what would have been the Starman's 75th birthday on January 8, two days before the anniversary of his death.

Fans have been treated to global displays of the singer's memorabilia, a posthumous album, and more as part of it.

This new agreement follows a previous deal between Bowie's estate and Warner Music Group for them to oversee his full back catalogue of albums between 1968 and 1999.

Although the cost of the deal hasn't been disclosed, US publication Variety – who broke the news – estimated it to be worth "upwards of" $250 million (€220 million).

WCM Co-Chair Carianne Marshall believes the deal with Bowie's estate "opens up a universe of opportunities to take his extraordinary music into dynamic new places."

"This isn’t merely a catalogue, but a living, breathing collection of timeless songs that are as powerful and resonant today as they were when they were first written."

A representative for the beloved performer's estate say are "truly gratified" by the deal and believe it will be taken care of with "the greatest level of dignity".

Watch the full interview with Andrew Trendell, News Editor at NME, in the video player above.