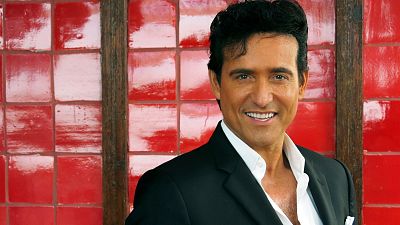 News of the singer's passing was broken by Marín's three band members via the group's social media pages.

"For 17 years, the four of us have been on this incredible Il Divo journey together, and we will miss our dear friend. We hope and pray that her beautiful soul may rest in peace," they said.

For 17 years the four of us have been on this incredible journey of Il Divo together, and we will miss our dear friend. We hope and pray that his beautiful soul will rest in peace. With Love -- David, Sebastien and Urs

His cause of death was not specified, but Marín was admitted to the intensive care unit of Manchester Royal hospital in England on December 8 after falling ill with COVID-19.

As a result, all remaining dates of the band's UK Christmas tour were postponed to December 2022.

The singer was admitted into hospital with "compromised oxygen" and placed into an induced coma.

He also maintained a successful solo career, performing around the world and recording several studio and live albums. Celine Dion, Gloria Estefan and Barbra Streisand are some of the luminaries with whom he shared the stage.