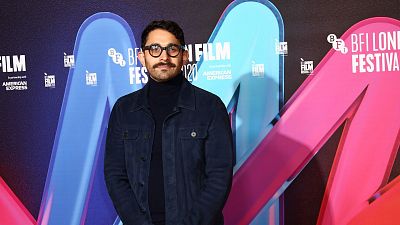 The awards, judged by British filmmaking's biggest and brightest talents, previously kickstarted the successes of the likes of 'Billy Elliot', 'This Is England', and 'Slumdog Millionaire' in their 24-year history.

Starring Joanna Scanlon (The Thick Of It, Getting On), the widely praised film traces a British Muslim woman's journey mourning her husband and the discovery of a devastating secret.

Winners and losers from the evening

Khan took to the stage for his Best Director win, announcing that "not in my wildest dreams did I think this would be happening tonight."

It was an excellent night for the British-Pakistani community, with Riz Ahmed recognised in the Outstanding Contribution award.

"He has championed the often ignored view. The industry did not make room for Riz, he carved a space for himself and a whole generation," said 'Top Boy' director Yaan Demange, who presented the award.

Best International Independent Film went to none other than Flee, a Danish creation rooted in refugee trauma tipped for Oscar buzz aplenty.

Kenneth Branagh's latest feature film 'Belfast' was talk of the town as it entered with 11 nominations and left with no wins.

Eleven-year-old Jude Hill – who plays 'Buddy', a child modelled off Branagh – represented the film, which explores Irish family life during The Troubles.

He was personally in the running for Breakthrough Performer for his movie debut but says the BIFAs were a chance for him to have fun, rather than network.

"I just want to say hi to a bunch of people and get to know them just in case I see them again. And just, like full on have fun."

Intense culinary thriller 'Boiling Point' also came in to the ceremony with 11 nominations and left with four awards for Casting, Sound, Cinematography, and an individual award for Vinette Robinson.

Directed by Philip Barantini, and shot in one take, it stars Stephen Graham as a head chef under intense pressure when a series of errors threaten his restaurant's busiest night of the year.

The fact that it was one take meant a lot of rehearsing and they finally nailed it on the third go.

Something that Graham himself had guessed might happen, given his experience.

"Third take is the take. I always said, I was taking bets," he explained.

"I always said we'll do it in three takes because I've worked with a director who's rather good... Martin Scorsese (in The Irishman). And he said the third take is normally, you know, the one. Anything after that, you're trying to refine things or you can still find stuff. But that third one, if you're on ball is the one."

You can find the winner's list in full here.