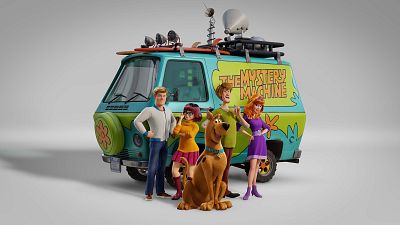 The Dukes of Hazard had General Lee and Scooby-Doo had the Mystery Machine, but what is your car called?

While it may have the ring of a mid-life crisis, it transpires that many of us do enjoy naming our cars, with roughly a quarter of some age groups giving their vehicles pet names.

27 per cent of respondents aged 35 - 54 and 26 per cent of those aged 16 to 34 said they had christened their ride in a survey by the UK’s Driver and Vehicle Licensing Agency (DVLA).

TV and film characters have inspired many motorists, with the BatMobile, Betty Boop, Eeyore, Homer, Kermit, Mickey, Olaf, and Snow White all appearing on the list. Meanwhile, more creative drivers have gone for Disco Dave, Lady Patricia, The Beast, and ZZ Top.

Why do motorists name their cars?

While not every vehicle has as much personality as Lightning McQueen or the magical powers of Chitty Chitty Bang Bang, some eccentric motorists do get rather attached to their noble steeds.

Research by insurance company Quotezone found that 66 per cent of those who named their cars felt a closer bond with them afterwards, with a fifth of respondents choosing a name based on the vehicles ‘personality’. This came second in a list of reasons for naming a car, after being inspired by its appearance and colour.

Fonder with a Honda?

But how do these ‘personalities’ manifest themselves? 39 per cent of motorists thought their cars were dependable and one tenth thought they were adventurous.

At the more bizarre end of the spectrum, 15 per cent of respondents found their cars sexy or good-looking, with those who own a Honda most likely to describe their cars this way.

But whether you get turned on by putting your keys in the ignition, or find the idea of naming a vehicle a bit odd, there’s no escaping the relationship some motorists have with their beloved engines.