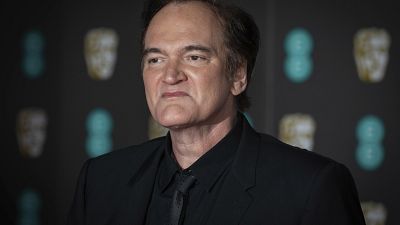 Quentin Tarantino’s attorney has responded to a lawsuit filed by Miramax by saying that he has every right to create and sell a series of “Pulp Fiction” NFTs.

The response comes a day after the production and distribution company filed a lawsuit to stop Tarantino selling a series of non-fungible tokens based on his cult film, on the grounds of breach of copyright.

"Miramax is wrong - plain and simple. Quentin Tarantino's contract is clear: he has the right to sell NFTs of his hand-written script for Pulp Fiction and this ham-fisted attempt to prevent him from doing so will fail," says Brian Freedman.

Tarantino, who also directed Django Unchained and Kill Bill, is planning to create seven NFTs (non-fungible tokens) including digital copies of handwritten scripts for uncut versions of the film, with audio commentary and other elements. Each will also include "secret" aspects accessible only to the owner.

Non-fungible tokens are digital works rendered unique and attached to a specific owner through cryptocurrency technology. NFTs are increasingly popular in the art world, where they can sell for millions.

What is Miramax's lawsuit about?

The planned sale will take place next month, however Miramax allege that Tarantino’s planned offerings violate the copyrights it holds of the cult classic.

The production and distribution company says they are concerned the auction will encourage other creatives towards this behaviour in the future. In this way, it may prove to be a landmark case, setting a precedent that allows NFT content to transcend traditional copyright boundaries.

"Tarantino's conduct has forced Miramax to bring this lawsuit against a valued collaborator in order to enforce, preserve, and protect its contractual and intellectual property rights relating to one of Miramax's most iconic and valuable film properties," the company said in the lawsuit.

Miramax say that Tarantino's lawyers responded to cease-and-desist letters from Miramax by saying the sales fall under the partial rights Tarantino held from the production, including the rights to screenplay publication.

The lawsuit asks a judge to forbid sale of the NFTs and any similar violation of Miramax copyrights, and asks for Tarantino to pay its legal fees and any related costs.

Pulp Fiction is the film credited with taking Tarantino from indie filmmaker to major Hollywood director, although he had garnered considerable industry recognition for Reservoir Dogs directly before that.

Tarantino’s work has attracted controversy for its violence and perceived misogyny.

When questioned why actor Margot Robbie had so few lines in his 2019 film “Once Upon a Time in Hollywood” - a film about the infamous murder of Sharon Tate at the hands of the Manson family - Tarantino snapped “I reject your hypothesis”.

Afghan mural destroyed by the Taliban recreated by Japanese designers