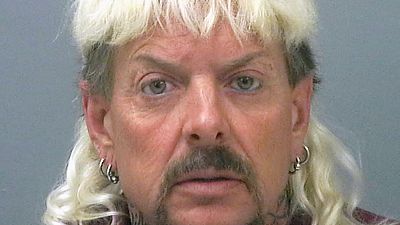 The sequel was announced earlier this year and will catch up with Baskin's nemesis Joe Exotic.   -   Copyright  AP/AP
By Tim Gallagher  •  Updated: 10/11/2021

Star of ‘Tiger King’ Carole Baskin is to sue Netflix over their planned sequel to the hit TV show.

Baskin, who founded Florida-based cat sanctuary Big Cat Rescue, was the focus of one of the main plotlines of the documentary which kept millions entertained over lockdown.

‘Tiger King: Murder, Mayhem and Madness’ drew in 64 million viewers within a month of its launch in March 2020.

Much of the series relayed the long-time rivalry between Baskin and the eponymous Joe Exotic which culminated in the murder plot which landed Joe in prison.

Accusations were also aired that Baskin had murdered her ex-husband, Don lewis. She and current husband, Howard Baskin, vehemently denied these accusations in a recent Louis Theroux documentary.

Baskin is hoping the lawsuit against Netflix and a production company will prevent any further use of footage and interviews with her being shown as part of the hotly anticipated sequel.

The big cat and animal print enthusiast contends that Netflix led her to believe filming took place for one documentary only and she and her husband object to their portrayal in the original. The lawsuit states:

"The Baskins believed that any sequel, though odious, would not include any of their footage.

"Tiger King I was particularly harsh and unfair in its depictions of the Baskins and Big Cat Rescue."

"We have never, ever, had anybody mislead us and be so dishonest with us as the producers were of Tiger King.

“That's just them. That's not the industry."

Netflix counters that Carole has agreed in writing they can use material involving her in any future ventures and that she is blocking their First Amendment right to free speech. The streaming platform also accuses Baskin of using the success of Tiger King for her own publicity.

The lawsuit is pending in Tampa Federal Court and is the latest twist in a saga riddled with criminal activity and controversies.

Airing on November 17, the sequel will see the return of many of the show’s cast of disreputable characters including Jeff Lowe and Allen Glover. The return of the Tiger King himself, Joe Exotic, is also expected by many.