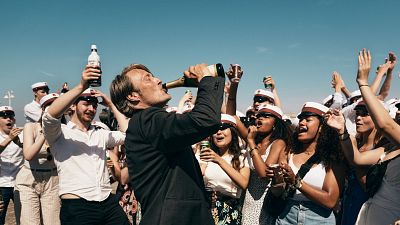 Cinema in Europe, as with most of the rest of the world, has been hammered financially after coronavirus measures saw many screens shut.

This makes it a watershed year for the European Film Awards, which takes place from December 8 to 12 in Berlin, as the winning films will have endured not just for their artistic qualities but for their success even during the pandemic.

A series of live streams are planned and the nominees will join in online over the five days.

"We will make it small but warm-hearted and we want to transmit what has always marked our ceremonies and this is this feeling of a family and we want to give to all the nominees a very warm welcoming even if they can't be there physically," Marion Döring, European Film Academy director, told Euronews.

Among the nominees is the French-Belgian-Spanish animated film Josep, which is competing for the best European animated film, a thriving sector for the European film industry.

The events will be streamed live on the European Film Awards website.