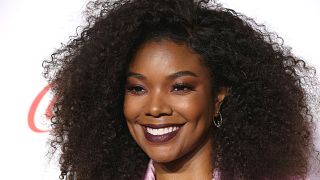 When actors arrive on a movie or television set, there's almost always a beauty team ready to do their makeup and style their hair before filming begins.

But for many black actors, the hairstyling process can often be more complicated. The stylists on set aren't trained to work with natural hair textures, which can mean that actors of color end up styling their own hair.

Actors have been sharing these frustrating experiences on Twitter under the trending hashtag #ActingWhileBlack, and many of them have similar stories.

Yvette Nicole Brown, who starred in NBC's "Community," shared on Twitter that many black actresses, including herself, come to set with their hair already done so they can ensure it's styled properly.

She added that many black actresses also bring their own makeup to set because there aren't always foundations available that match their skin tone.

"Aquaman" star Yahya Abdul-Mateen II also weighed in, saying this has long been an issue for black actors in film and TV.

She revealed her strategy for dealing with her hair when there's no trained stylist on set.

"Being Mary Jane" star Gabrielle Union also weighed in. She opened up about what it can be like for a black actress to be styled by someone who doesn't understand her hair texture.

"Timeless" actor Malcolm Barrett chimed in, too, saying that in his experience, "most Black actors get their hair cut or styled outside of set, often at their own expense."

"Hollywood hairstylists are one size fit all and that 'all' does not include Black hair," he wrote on Twitter. "This has been my experience for the last 20 years in the business and it hasn't changed at all."

This issue extends to the fashion industry as well. Model Olivia Anakwe, who has walked the runway for labels including Oscar de la Renta, Miu Miu and Marc Jacobs, recently wrote a viral Instagram post describing the discrimination she has faced on set because of her hair texture.

She described one incident during Paris Fashion Week when nobody on set knew how to work with her natural hair.

"I arrived backstage where they planned to do cornrows, but not one person on the team knew how to do them without admitting so," she wrote on Instagram. "After one lady attempted and pulled my edges relentlessly, I stood up to find a model who could possibly do it. After asking two models and then the lead/only nail stylist, she was then taken away from her job to do my hair."

Even Tyra Banks dealt with this issue when she was an up-and-coming model. While she hasn't weighed in on the recent discussion on Twitter, the supermodel previously shared that she almost lost her career-defining Victoria's Secret gig because the stylist on set didn't know how to do her hair.

So instead, she had it done herself.

"I had my hairdresser come to my apartment in Union Square and wash, blow dry and flat iron my hair," Banks told W Magazine. "And then I wrapped it and put a scarf on until the next day, when I was on my way to Victoria's Secret and stepped out of a cab and whooshed it off my head, walked in, got my makeup done, didn't let the hair people touch me ... and walked on that set. Cut to a 10-year contract."

The latest Twitter conversation about #ActingWhileBlack has clearly struck a chord with many, with tweets from Brown, Sidibe and other stars racking up thousands of likes and comments.

While the issue persists, Brown said she is glad to see so many people sharing their stories about black hairstyling in the entertainment industry.

"Those of us responding to this feed are sharing our unique experiences #ActingWhileBlack. No one is dying. We have all adapted. Life goes on," she wrote on Twitter. "I just always think it's important to pull back the curtain so you guys know what the real is. This mess is the real!"