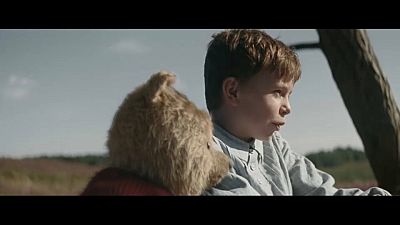 Everyone's favourite bear is back, yes that's Winnie-the-Pooh to all you Paddington Bear fans.

"Christopher Robin" is about the little boy from the Winnie-the-Pooh stories, who is now all grown up and has lost all sense of imagination.

And Pooh and his friends from the Hundred Acre Wood re-enter Christopher's life to help him find it again.

In July the map of Hundred Acre Wood will also be up for auction at Sotheby's in London, with an estimated value of around 170,000 euros.

Drawn by illustrator E.H. Shepard, the sketch contains unforgettable locations from "the Pooh Trap for Heffalumps" to the famous spot "where the Woozle wasn’t."