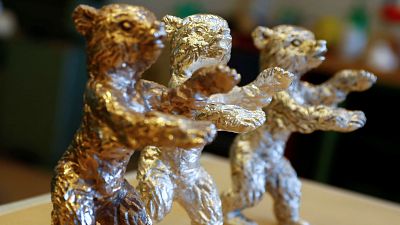 The programme of the 68th Berlinale has been announced.

Speaking at a news conference presenting, festival's director Dieter Kosslick said said it would feature a panel and a seminar to discuss the topic of sexual harassment against women.

It will also offer a safe counselling corner for its guests to speak about their experiences of discrimination or sexual abuse.

Kosslick said diversity of gender, ethnicity, age, sexuality and religion would also be highlighted this year, through a programme inviting talents from more than 80 countries around the world to showcase their work.

The festival will kick off on February 15 with the animated film "Isle of Dogs" directed by Wes Anderson.

The fourth movie Anderson has presented in the event's competition is completely different from all his other films. .

Actor Willem Dafoe will also be honored at the Berlinale with an Golden Bear for his life's work.

Also having its world premiere will be a documentary on British pop superstar Ed Sheeran, screening out of the competition -

Amongst the movies taking part in the international competition are Steven Sonderberg's thriller, unsane. - shot entirely using a smart phone.

The film is about a young woman who is involuntarily committed to a mental institution.

Benoît Jacquot also shows his thriller about a high-class prostitute who inspires a young writer.

Over all, 19 films from international directors will compete to win the festival's Golden Bear.

The Berlinale runs from the 15th until the 25th February in Berlin.

Hollywood is having a #MeToo moment. Women of color have fought this battle for decades.