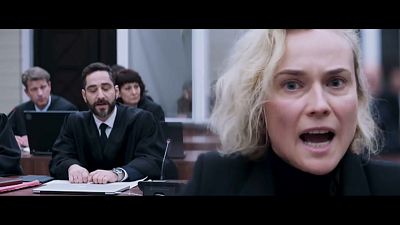 Turkish-German director Fatih Akin's "In the Fade" was a deserved Golden Globes winner for Best Foreign Language movie and it had already won the best Actress award at Cannes for its star Diane Kruger way back in the spring.

Now it is coming out in cinemas amd the cast have been basking in the awards limelight.

"I've been waiting for a role out of Germany. I left 25 years ago so I don't really know many people in the German film industry and he's always been my dream director always and I went up to him in Cannes five years ago to beg him for a job and he remembered," said Kruger on the Globes red carpet. Akin was also visibly delighted..

"It's really a film that deals with right wing radicalism, with nazism, and also with racism, which has become not just a German but a worldwide problem," he contends. "It's, on the one hand, a German film, made with German support but it's creating waves worldwide".

Kruger's mother bent on revenge powers through Akin's taut action thriller in a performance that looks likely to be just one of many standout female roles we can look forward to enjoying in 2018.