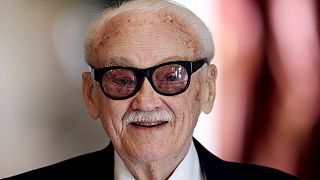 At the age of 94, the Belgian jazz master Toots Thielemans has died.

The harmonica player and composer was known on the world stage for composing the music for movies like Midnight Cowboy.

At the age of three already, Toots Thielemans started playing the accordion around the flea market in the centre of Brussels. He began his 70 year career as a guitar player. Back in the fifties, he played and recorded with Ella Fitzgerald, Bill Evans and Billy Eckstine.

In 2014, he retired but since made one surprise appearance on stage at the Jazz Middelheim Festival in Antwerp.